Why You Should Ignore Women 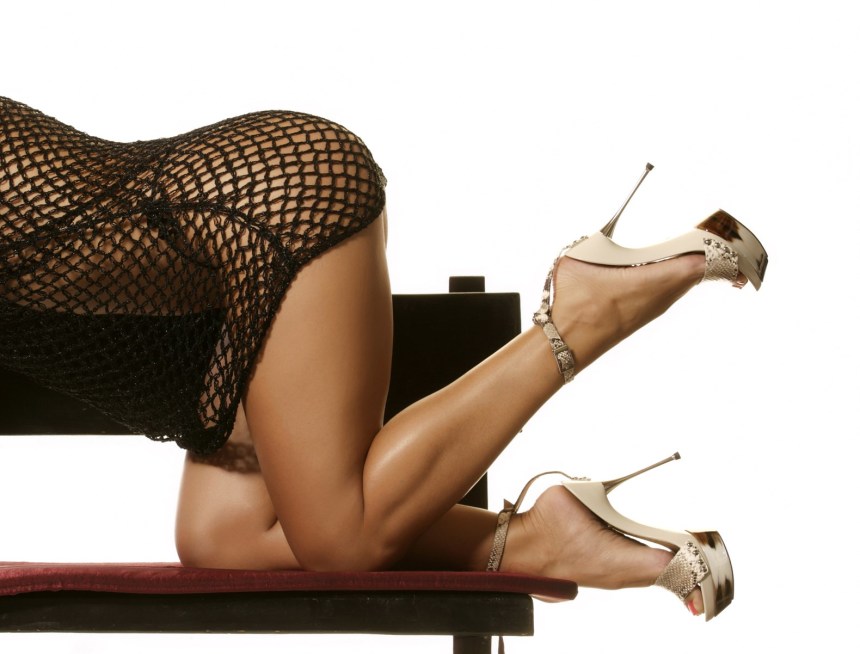 Women crave male attention, you decide whether you give it to them or they earn it

Women love male attention whether they admit it or not. In fact, women get upset when men don’t notice them, especially if they have spent a lot of time on putting their war paint (makeup) on and bought some sort of new garment or shoes from the store. If men who women think should be noticing them aren’t, women will start acting childish. From giving men who ignore them dirty looks to seething about it in the bathroom with their girlfriends, women cannot stand being invisible to men. If men only knew the power of this tactic, intentionally withholding attention from women on a regular basis rather than giving it to them for nothing, they could affect real change in the way women act and treat men.

The Red Pill man uses aloof behavior to his advantage when dealing with females. An aloof attitude is one of the best qualities a man can develop: cool, calm, collected, uncaring, indifferent. Women want attention and approval from their peers as well as men they find desirable. When they don’t get this attention, the hamster hops on the wheel and spins very quickly, often until it falls off the wheel. Women who don’t get the proper level of attention will do everything from accusing men who ignore them of being gay to hurling personal insults at them. How many times have we seen women throw around the “loser” insult? Whenever you hear this word, her ego has been pinpricked by something you did to her.

Female self esteem is based on what others think of them. This is why women exhibit pack and herd behavior. Marketing flacks know this which is why they push their wares on women instead of men. The majority of consumer marketing is directed at women, not men, and for good reason. Women make up 80% of consumerism in America, and much of that money is spent on making themselves more beautiful and desirable. Going back to pack and herd behavior, if a female who is revered by other women (such as an actress or pop star) adopts a new hairstyle, we have all seen that style trickle down through society as women copy first the actress and then other women who have the hairstyle. I first noticed it as a teenager with the Jennifer Aniston hairstyle when Friends came out in the 1990s. Soon after, every other girl had the “Jennifer Aniston” look.

Hilariously, female attention-seeking behavior now powers a gigantic trophy industry in Anglo America. Women are getting trophies for everything from good work at their jobs to beauty contests. While they tell men to lower their standards (do not look for a trophy wife), women are doing everything they can to become a trophy themselves, including rewarding themselves with faux trophies for doing little more than existing. Yes, their egos are that fragile.

The neg. If you haven’t heard of it, it’s one of the most important concepts of Game. A neg is a backhanded compliment, impeccably timed and delivered. Something along the lines of: That blouse is nice, my mother has one just like it. As petty as the neg sounds, it is actually a great tactic for catching women off guard instead of the usual Beta male butt kissing that helps inflate their egos.

One of the reasons women are so arrogant today is because of a sexual market that has shifted towards the Pareto Principle. With most men figuratively (and sometimes literally) begging for sex, women receive constant attention from thirsty, incel Betas. The last thing she wants is another Beta to kiss her behind and orbit her in hopes he’ll get a few sexual crumbs off the table. The neg can be an important way to demonstrate higher value, letting her know subconsciously you are not an thirsty Beta, you are a man that other women desire. As mentioned above, women are pack and herd creatures, so a man other women want is a man your target is going to want.

If you already have a woman, keeping her ego in check is essential if you want to keep her around. There are several tips to assist you in managing her. To the uninitiated, the tips will seem counterintuitive to everything you have been told by society. But to the experienced, the tips will be common sense. Here’s a list of dos and don’ts to avoid becoming a Beta male in the female mind, all based the power of ignoring:

By ignoring women and refusing to cave to their whims, you are demonstrating subconsciously that you are a man of high value. A man with options does not jump when a girl squawks, because he doesn’t have to. Staying cool and distant demonstrates that you are the prize, and she is seeking you. Women chase what retreats. Make yourself the sought after prize rather than turning her into the sought after prize.

Developing your own productive hobbies and interests will increase your personal happiness as well as your value in her mind. Avoid becoming a walking wallet at all costs, you will never be able to keep pace on The Hedonic Treadmill and will either fall off or have a heart attack trying. And of course, the Red Pill man always has more than one female plate spinning, which is a good insurance policy against one-itis and acts as an overall confidence booster.

You Are the Prize

The biggest mistake men make is becoming trained monkeys for women, inflating their egos (as they desire men to do) with constant attention and doing what women want them to do, essentially turning themselves into doormats. Then, these men act surprised when they get walked on.

Men must remember they spend a lifetime becoming something of value while women just are women, there’s no becoming. Nature endows women with sexual market value that men have to spend a lifetime acquiring: gaining money, status, and power to even show up on the female radar.

Remember: Stay aloof, neg, ignore wishes, demands, and female attention seeking, and look out for number one. Playing with women’s emotions by ignoring them most of the time, while occasionally throwing their egos a bone with a halfhearted compliment, and not doing things for them like trained puppy dogs might seem cold to the uninitiated in the romantic arts, but the man who learns the correct behavior wields an enormous amount of power in today’s sexual jungle.

tagged with Attention seeking, Female ego, How to get laid, How to pick up girls, Ignoring women, Neg, Red Pill theory