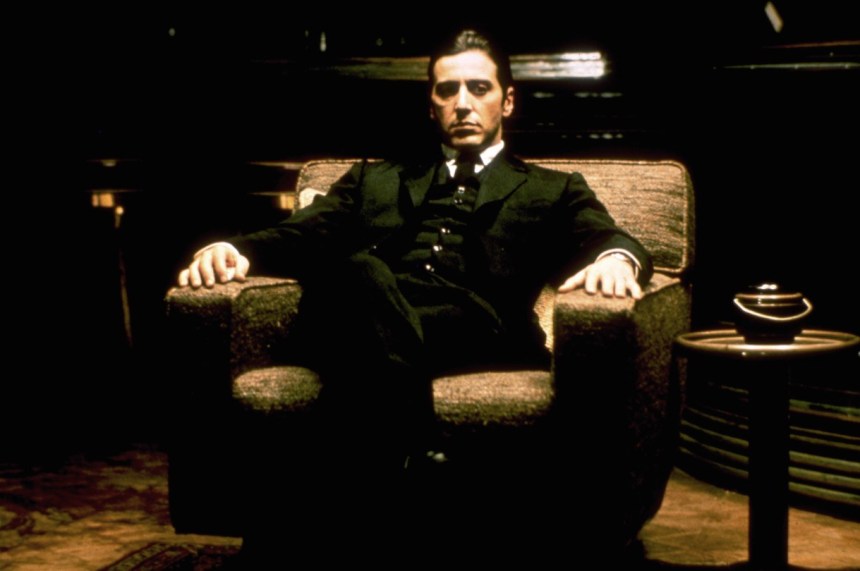 “I always wanted to move up in society…but the higher I go the crookeder it gets.” -Michael Corleone in The Godfather series

Everybody wants to be rich when they’re young. However, as a man ages he begins to notice, as Michael Corleone said in The Godfather III the higher I go, the crookeder it becomes. At some point, it may began to weigh on one’s conscience as to whether stepping on others to rise higher up in a corporate hierarchy and constantly creating problems to create profit are the lesser of evils, just to power a lifestyle of buying things at Walmart and the mall. This is especially true when one realizes most of the money produced by these means is:

Additionally, cutting back on consumption maximizes the potential of any money earned rather than it being continuously tied up in a cycle of getting and spending which benefits others far more than it benefits the person earning the money. You may even go so far as I have, to a complete change in mentality in which one no longer desires to be wealthy, just free. Everything we buy is paid for with hours from our lives. That powerful realization can lead to positive change. A simple yet powerful word can be your best ally in the art of becoming a minimalist. Learn to say no, and say it often. Here are some ways saying no will allow you to say yes to things that really matter. 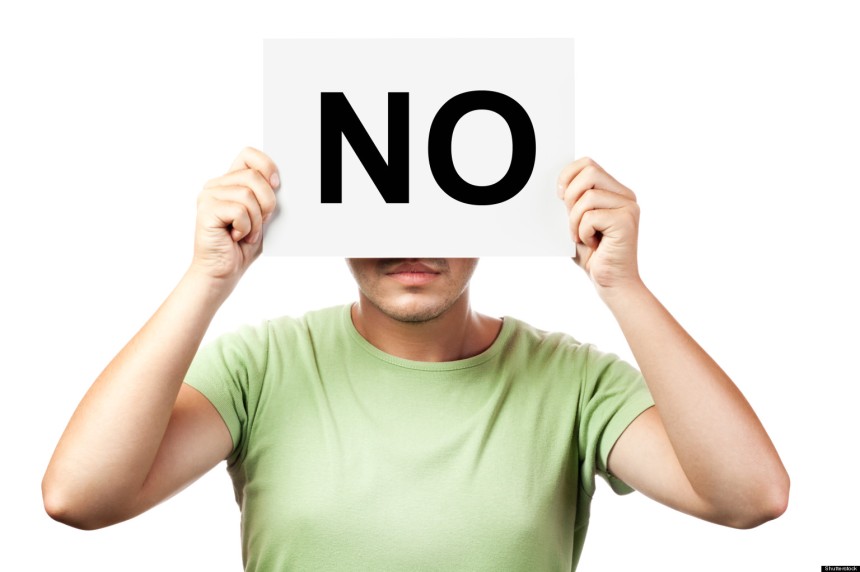 The Art of Saying “No”

Refuse to be overwhelmed by consumption. Accumulating things not only fills up our homes with junk and takes up our spare time organizing, cleaning, and maintaining stuff but it also makes us spend the best years of our lives working at jobs (an average of 47 hours a week now!) we don’t really like in order to stay in place on the treadmill.

Refuse to be defined by what you own or drive. The high that comes from a new purchase and thinking what will the neighbors think of me now wears off quickly and the dreary reality of having sunk money into a frivolous purchase will follow you around. Conspicuous consumption, practically the new religion in America was first written about by Thorstein Veblen, a Norwegian sociologist in the early part of the 20th century.

As increased industrial efficiency makes it possible to procure the means of livelihood with less labor, the energies of the industrious members of the community are bent to the compassing of a higher result in conspicuous expenditure, rather than slackened to a more comfortable pace.

Basically, Veblen is saying that as production methods become more efficient, society must become more decadent to keep the economic machine running. Females demonstrably crave decadence more than males, as the oft-cited statistic that 80% of consumer purchases are driven by women proves.

Refuse to buy things because of “great deals” but because of necessity. A great deal is not a deal at all if it makes you spend money that could have been saved or spent on something else. There’s 100% off every purchase that you do not make. People are chained by their desires, and kept on a leash with debt, which drives most Americans into a hole they spend their whole lives trying to get out of.

Refuse to give up on personal goals to buy things. For each purchase you make, there are hours out of your life given to that purchase. For example, the average new car costs 1,150 hours of life assuming a $20 an hour salary. It costs 2,300 hours on a $10 an hour salary. That’s a lot of time. If you begin to look at all purchases this way, this mentality will begin to guide and change your behavior. Focus your time and energy on more worthy pursuits and goals that are intrinsically rewarding.

Refuse to subscribe to the idea material things buy happiness. Beyond meeting basic needs, more money does not buy happiness. Study after study shows this to be true, but people still dedicate their entire lives to being efficient, compulsive consumers. Intrinsic things, like family, friends, a sense of community, and free time bring happiness. Even it is considered antiquated or even anti-American if one does not wish to spend their life making someone else rich in a corporate serf job, refusing to worship at the altar of consumerism brings more happiness than lusting after that next big purchase then trying to pay it off and hang on to it once its bought.

Needless to say, money buys flexibility with time and flexibility with time rewards us with more freedom. Once turning our backs on ideology that tells we need to consume, we are what we drive, we can’t pass up a so-called great deal, we need to give up our personal goals to earn a paycheck, and that the only happiness is acquisition, the veil of a century of mass marketing and brainwashing can be tossed aside.

Even in 1899, in The Theory of the Leisure Class, Veblen saw the trends of people giving up leisure pursuits and other important parts of life so they could compete with others with consumer purchases:

Leisure held the first place at the start, and came to hold a rank very much above wasteful consumption of goods. From that point onward, consumption has gained ground, until, at present, it unquestionably holds the primacy. It frequently happens that an element of the standard of living which set out with being primarily wasteful, ends with becoming, in the apprehension of the consumer, a necessary of life. It is much more difficult to recede from a scale of expenditure once adopted than it is to extend the accustomed scale in response to an accession of wealth.

Using Veblen’s model, and as we see happen time and again in a culture that worships stuff, luxuries quickly turn into necessities and one purchase leads to another until people don’t know what they’re doing anymore. Before long, the idea of cutting back, eliminating waste, and simplfying seems preposterous to average sheeple. But minimalists know things are better on our side of the fence. We might not have as much junk lying around, but we also don’t have to spend our time worrying about and taking care of junk, and end up with a lot more money and freedom. Giving up on the rat race may be the most Red Pill money tip there is.

tagged with Downshifting, How to have more time, How to save money, Minimalism, More lifestyle freedom