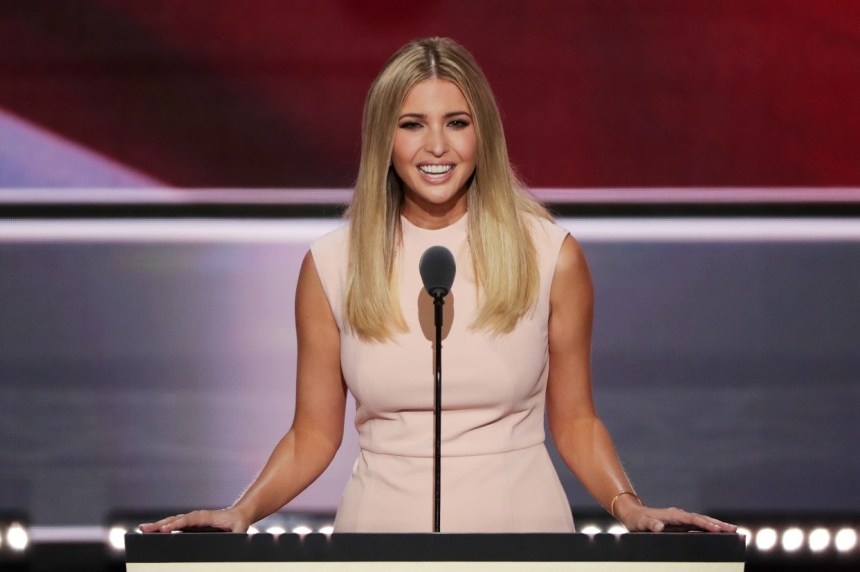 If there was one giant disappointment for the manosphere last Thursday night just before Donald Trump’s magnificent speech accepting the Cucklican party’s nomination, it was his daughter Ivanka’s promulgation of the equal pay myth and several other YouGoGrrl myths aimed at further pedestalizing women at the expense of Beta male taxpayers in society. The equal pay myth has been thoroughly debunked, and yet we saw the non-Establishment candidate’s daughter resuscitating it and advancing this leftist agenda item. This is very troubling.

The never-ending lurch towards Cultural Marxism over the 50 years has happened because Republicans initially put up symbolic resistance to insane leftist policies like those that have made men nothing but sperm donors and child support check writers in the eyes of the law, only to later fully embrace the new far left policies. Once again, with Ivanka’s promotion of leftist talking points we saw the relentless advance of Cultural Marxism continuing due to the short attention spans and memories of traditionalists and conservatives.

There were several signs of this embrace of leftist agenda items last week at the Republican National Convention, which nobody on the right seemed to notice. We’ll leave Donald’s embrace of the LGBT bacon cheeseburger crowd out of the discussion and focus on the YouGoGrrl mantle taken up by Trump’s daughter. Ivanka’s speech was probably a political calculation designed to steal female votes from the Wicked Witch Hillary. Still, many in the manosphere should be taken aback, because once again for political expedience we are being sold down the river for the mythical, infallible creature known as the Anglo female. Ivanka told the Cucklican crowd:

Women represent 46 percent of the total U.S. labor force, and 40 percent of American households have female primary breadwinners. In 2014, women made 83 cents for every dollar made by a man. Single women without children earn 94 cents for each dollar earned by a man, whereas married mothers made only 77 cents. As researchers have noted, gender is no longer the factor creating the greatest wage discrepancy in this country, motherhood is.

The wage gap statistic, however, doesn’t compare two similarly situated co-workers of different sexes, working in the same industry, performing the same work, for the same number of hours a day. It merely reflects the median earnings of all men and women classified as full-time workers. There are numerous other factors that affect pay. Most fundamentally, men and women tend to gravitate toward different industries. Men, in contrast, often take jobs with less desirable characteristics in pursuit of higher pay. They work long hours and overnight shifts. They tar roofs in the sun, drive trucks across the country, toil in sewer systems, stand watch as prison guards, and risk injury on fishing boats, in coal mines, and in production plants. Such jobs pay more than others because otherwise no one would want to do them.

Ivanka said nothing of pushing women into dirty, difficult, and dangerous jobs to help make up for the wage gap, nor did she suggest making women work longer hours to catch up with the number of hours men work. She did insinuate men need to “man up” and let women get paid more for doing easier work. She also insinuated, though did not directly say this was because of “injustice” in our society at the hands of – you guessed it – the Evil White Male™. 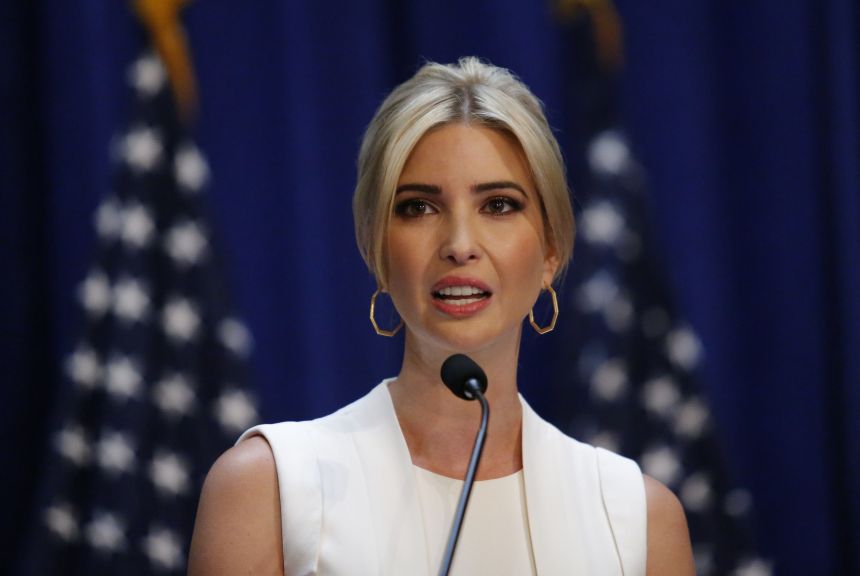 Ivanka’s speech was troubling not only in that it leaves men at a disadvantage in jobs they deserve to be better paid than women for – but it is also another cleverly disguised attack on the Beta males of society, further making them worthless in the eyes of most women because female hypergamy makes the sexual market go round. There were other reasons to be worried for those who think the nuclear family has been battered and beaten by design, and that women are in the workforce for all the wrong reasons in the first place, as exposed by Academy Award winning filmmaker Aaron Russo. Ivanka told the nation:

As President, my father will change the labor laws that were put into place at a time when women were not a significant portion of the workforce. And he will focus on making quality childcare affordable and accessible for all.

Ivanka never mentions that women are happier as homemakers than in any YouGoGrrl profession. Going by her narrative, nannies are the preferred means of raising families, and worse, it furthers the agenda of leaving children in the hands of the State (rather than their mothers) to be indoctrinated because mom is off working to pay taxes to a gargantuan, centralized government and to fund her own empty, materialistic lifestyle. Ivanka goes on with more feminist rhetoric:

As a mother myself, of three young children, I know how hard it is to work while raising a family. And I also know that I’m far more fortunate than most. American families need relief. Policies that allow women with children to thrive should not be novelties, they should be the norm.

Notice – Ivanka only pays lip service to conservatives with a quick mention of families – but says policies that benefit women with children should be the norm, not those that benefit families, and she definitely doesn’t mention fathers. It basically amounts to an embrace of carousel-riding single mommery that is destroying America’s youth. Your family court system status as a sperm donor was just reinforced by the Trump campaign last week, as much as it pains me to write this. All in all, one comes away from Ivanka’s speech with the impression the Cucklican party is now courting the feminists and YouGoGrrl crowd that the Democrat/Socialist party has had a firm grip on for 50 years.

This speech confirms most, if not all the problems discussed in our corner of the internet are being totally ignored in favor of the “female oppression” pap Republicans once claimed to oppose. Our problems as men and traditionalists don’t count – those faced by the disappearing nuclear family, MGTOWs, Beta male tax/child support/alimony slaves, and those who want to return to a more sensible family model – one that worked well for thousands of generations before being discarded in favor of “progress” (i.e. our current demographically and culturally suicidal, statistically sterile model). The anti-Establishment candidate has now embraced feminism, in other words. For all the good Trump has done in bringing alt-right narratives to the forefront, pushing feminist policies and narratives is NOT one of them. When it comes to equal pay, Forbes put it best:

Feminists may protest, but American women aren’t the victims of a sexist economy. It’s time to declare an end to the Equal Pay Day myth.

Why, oh why, Donald, are you letting your daughter push leftist, anti-family, and anti-male talking points? It is worrying to watch the conservatives once again falling back and ceding ground to the advance of Cultural Marxism and the destruction of the family. The Political Game has failed us once again, at least on this major issue. The Trump campaign just took the side of feminism. Not good.