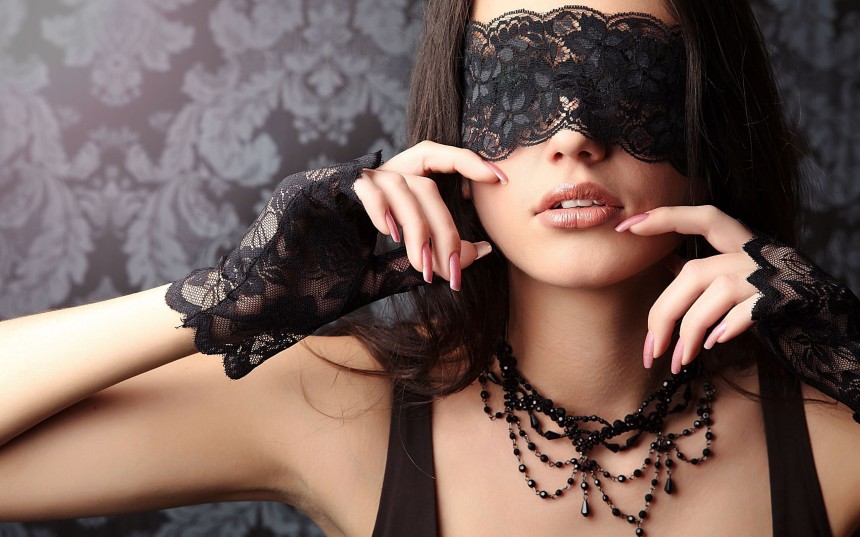 Once you take the mask off, women never quite look the same

Swallowing the Red Pill means dispensing with the pedestal syndrome forever. In many ways, this is a very good thing. First of all, women don’t deserve to be placed on a pedestal because they’re just as bad as men – if not much worse in many ways. Red Pill knowledge also frees men to make better decisions when it comes to dealing with women.

But, there is another side to this story. Once the male illusion of finding the loyal, virgin princess he will spend his whole life with is destroyed, and the harsh realities about the feral, treacherous, disloyal and predatory nature of females revels itself the new reality can lead to cynicism and even nihilism.

It can leave a man adrift, since men naturally want to be of service to women even though women treat men like disposable tampons.

A man may even find he is no longer as attracted to women as he once was, knowing the true character of the creature behind the mask she wears. The exterior of women is very pleasing to the eye as oft stated in TNMM’s Eye Candy of the Week feature, but a man must always remember the truth about women when dealing with them unless he wants to bear the burden of financial and emotional exploitation.

A good way to remember the truth about women is to study an important scientific fact revealed by modern anthropology.

Briffault’s Law, often discussed around here, as defined by social anthropologist Robert Briffault reveals some of the hard truths that permanently destroy the illusion about finding the “unicorn.” The unicorn being the female equivalent of the needle in the haystack, the chick that truly “isn’t like other girls.”

The law should be memorized by the awakened man, and referenced each time he deals with women. Here’s three of the most important truths revealed by Briffault:

Past benefit provided by the male does not provide for continued or future association.

We all know this to be true. Once a woman has consumed a man’s money, or he loses his power or status, women will usually monkey branch to a higher status male and leave the “loser” she just created by extracting what she wanted from him. This is why hopping on the Hedonic Treadmill is a terrible mistake for the modern Beta.

Any agreement where the male provides a current benefit in return for a promise of future association is null and void as soon as the male has provided the benefit.

The above statement basically illustrates the current status of the frivorce court system in Anglo America. A man provides a bitch with a house, car, and a platinum credit card in hopes the female will continue her association with him. But, she often disposes of him and financially rapes him after the “benefit” has been provided and there’s nothing more she can extract from him.

In other words, women will associate with a man they see as a potential meal ticket only as long as she trusts that her investment, i.e. providing him with sex and companionship will later pay material, financial, or social status dividends. Women will also stick around a little while for a little benefit, and a long time for a bigger benefit.

All of the above corollaries to Briffault’s Law prove women exploit male utility value on a regular basis. They then hypocritically criticize men for returning the favor, viewing them only as sex objects.

It’s a battle that can never truly be won for either side. So what does a man do when he realizes either through study or through the school of hard knocks in life that women only see him as a utility, and not as a human being worthy of love, respect and devotion?

Male disposability is common in nature, but humans were different – until modern times

None other than Nikolai Tesla, genius of electrical engineering knew the grave truth about woman and male disposability. His melancholy assessment of the situation perfectly describes the crossroad we find ourselves at the early 21st Renaissance of traditional masculinity:

Perhaps the male in human society is useless. I am frank to admit that I don’t know. If women are beginning to feel this way about it – and there is striking evidence at hand that they do – then we are entering upon the cruelest period of the world’s history.

He, like many other learned men – Spengler, Unwin, and Briffault knew the coming doleful consequences that we are now living through as a result of a shift to a matriarchal model for society:

Our civilization will sink to a state like that which is found among the bees, ants and other insects–a state wherein the male is ruthlessly killed off. In this matriarchal empire which will be established the female rules. As the female predominates, the males are at her mercy. The male is considered important only as a factor in the general scheme of the continuity of life.

This is the world we are entering, a world of social engineering and total disregard for male interests. It’s as if government planners used knowledge like Tesla’s as a playbook rather than a doleful warning of the consequences of feminism.

To deal with male disposability, there are two general options.

The man can become a pure player. Realizing he can never win the game of romance, and will never find a unicorn, the awakened man dedicates himself to playing the game. A man like this often goes through women like he goes through changes of underwear, as he has become immune to their dissimulation, deceit, and victim card playing. He pumps and dumps, he womanizes, he enjoys his life and a sexually fulfilled lifestyle by returning the favor of being seen as a utility object to women by seeing them as nothing but sex objects.

The man can become a MGTOW. Men Going Their Own Way often abandon women completely after realizing the terrible fact women never truly love men. These men often go on to create works of pure genius, as was the case of Tesla.

Tesla leaves us with this sage words:

I had always thought of woman as possessing those delicate qualities of mind and soul that made her in these respects far superior to man. I had put her on a lofty pedestal, figuratively speaking, and ranked her in certain important attributes considerably higher than man. I worshiped at the feet of the creature I had raised to this height, and, like every true worshiper, I felt myself unworthy of the object of my worship.

Sounds like Tesla was a Beta who later caught on to the ruse, and was also never able to see women the same way again as the following passage will reveal. Tesla also foresaw what Freud called Penis Envy becoming a dominant expression of a sexually repressed, frigid Anglo culture, now proven by half a century of feminism.

Now the soft-voiced gentle woman of my reverent worship has all but vanished. In her place has come the woman who thinks that her chief success in life lies in making herself as much as possible like man – in dress, voice and actions, in sports and achievements of every kind.

These truths, elucidated by brilliant men over a century ago have gone almost completely ignored as The Anglo-American Matrix aspires to turn human society into one that models the lives of insects and other lower species in the animal kingdom.

Knowing where we are headed, and knowing women don’t care what happens to men or society as long as their selfish needs are fulfilled is quite a rude awakening. It’s hard to look at a bitch the same way after studying the sexes with a masculine eye, as luminaries like Tesla and Briffault both knew a century ago.

tagged with Matriarchy, Red Pill, The Disposable Male, The Marriage Go-Round, The truth about women