Have a Drink: Piña Colada

Posted on January 28, 2017 by Relampago Furioso Leave a comment 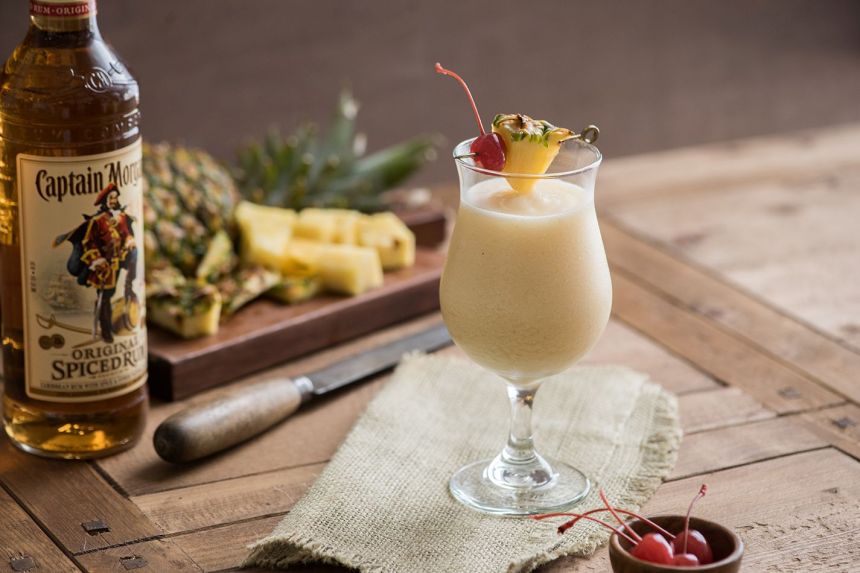 Who doesn’t like a smooth and refreshing piña colada? While not my all-time favorite drink, it probably in my Top 5. A good piña colada comes down to execution. There are good piña coladas and so-so piña coladas. To me, they’re a good drink to enjoy while sitting on the beach watching the pretty girls go by after I’ve already got a good buzz from a Caipirinha or two. There is some squabbling about who invented it, although the drink definitely traces its origins to the Caribbean:

The name piña colada literally means “strained pineapple”, a reference to the freshly pressed and strained pineapple juice used in the drink’s preparation. Some say the drink did not acquire its name until the 1960s. Ramón ‘Monchito’ Marrero Pérez claims to have first made it at the Caribe Hilton Hotel’s Beachcomber Bar in San Juan in 1954, using the then newly-available cream of coconut. Ramón Portas Mingot also says he created it in 1963 at the Barrachina Restaurant in Old San Juan. The restaurant stands by his claim to this day.

Here’s a highly-rated piña colada recipe so you can enjoy a taste of the tropics wherever you may be:

Put the ice, frozen pineapple, pineapple juice, coconut cream, and both rums into a blender. Blend until smooth. Pour the drink a glass and garnish the rim with pineapple slices. Cheers!