4 Interesting Situations I Saw on Walking Street in Pattaya, Thailand 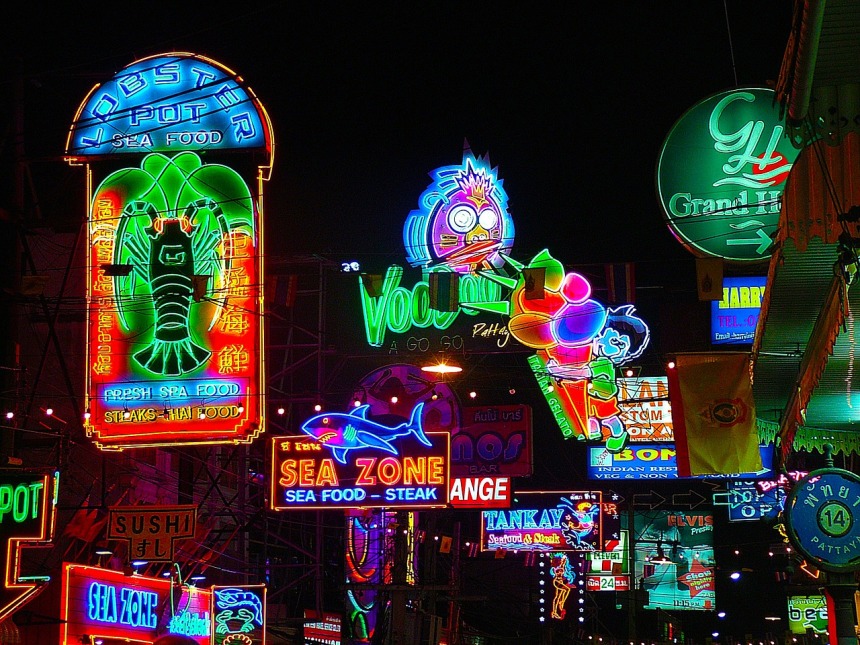 Sights and sounds from a bustling Walking Street in Pattaya

Relampago on the Road
Reporting from Pattaya, Thailand

I’m on the road for the month of March, and after driving all over the United States since January as a trucker I decided it was time for some relaxation outside The Matrix. So, I booked a cheap flight to Thailand, and hooked up with an awesome $15 a night room for a month.

When one visits Thailand, a pilgrimage to Walking Street is a must. Walking Street in Pattaya is like Bourbon Street in New Orleans, only better. Consider it nightlife without the Anglo cultural and sexual repression you’ll find in the West.

After some busy days riding all up and down the East Coast of the Gulf of Thailand on a Honda scooter, I made my way down to this infamous slice of paradise for some well-deserved rest and relaxation after driving around 3,000 miles a week to build up this year’s cash reserve.

One night as I was people watching I noticed several interesting situations going on which are pertinent to the themes we discuss here at The New Modern Man and elsewhere in the manosphere. Here are four alternately interesting and hilarious situations I made mental bookmarks about as I saw them unfolding, so I could tell you about them.

I saw the look in his eyes as this dude realized he made a huge (pun intended) mistake bringing along his hog for an Asian vacation, as he saw countless tight and taut Thai chicks in skimpy clothing walking by. He looked deeply troubled as the Anglo (or European, didn’t hear which language they used) hog pulled him around by the arm, perhaps because he wanted to stop and look at different bars and peruse the sexy ladies inhabiting them.

She wanted nothing of the sort, probably only thinking about her next slice of cake.

The hog looked quite worried about having wound up on Walking Street because she knew she was way out of her league. There’s fat, and then there’s sloppy fat. This chick was sloppy fat, but her man seemed to be at least average to fit in build.

This couple illustrates everything wrong with the relations between the sexes in America (or Europe). Man, works his ass off and finances a fabulous vacation with his Beta Bucks while the land hog lords over him like a domineering tyrant, steering dollars from his wallet into her mouth while cockblocking him from upgrading to the female companionship he deserves.

The timer on that relationship no doubt started that night, as along with the pain I also saw an awakening in that man’s eyes. He now no doubt knows he got a shitty deal and can do better than the hog.

3. Older Man Being Pulled Around by Worried Wife

This one was hilarious to watch from the sidelines as I sipped Chang beer, and illustrates the fact older women intuitively know they can’t compete with younger women. It also proved the men age like wine and women age like milk theory correct once again.

This woman’s milk expired years ago. However, this decent looking older gentlemen would have had no trouble pulling some quality tail on Walking Street and his woman knew it deep down in her hamster brain. She was almost as worried as the hog.

It was as if this older couple had accidentally wandered into a parallel universe in which the constant manipulation and abuse of men Western women profit from was turned upside down, if only for the time a short walk takes.

The post-expiration date granny knew she was well over her credit line on Nature’s Credit Card and that her husband might just figured out she’s not the high level of investment and low level of return she offers.

Owning an expired Golden Vagina meant nothing, the way it once did in her prime. She was totally powerless on Walking Street. Nature, it seems has a sense of humor about male-female relations after all.

This dude was dancing it up solo at the bar we were in, and didn’t seem to give a fuck who was watching him. He was shaking hands and glad handing people as if he was a politician up for re-election. It’s as if his ex-bitch had just died or something, saving him from a round of frivorce rape.

There’s no doubt this man is getting laid on the regular, unlike the often miserable men back in the States who aren’t getting laid so often. He was the perfect illustration of the glee life as a runaway slave from the Anglobitch plantation brings.

One could feel the liberation this man knows, and there’s no doubt life inside the frigid borders of a sexless, decadent empire is no longer something he will be willing to accept.

The master pickup artist never needs to pay for premium tail, either. I regularly bang SMV 7-9 women with minimum effort. It’s amazing how far a well-dressed man with a cocky, funny attitude can go in a place that doesn’t hate men as in the West.

That night, I met other expats from Norway, Scotland, and Russia. They also seemed unwilling to return to life as a Beta male tax slave who is rewarded with scorn rather than occasional sex.

Knowing no men were going to be interested in her that night with premium Thai tail everywhere, an Anglobitch with pursed lips was walking around giving men (including me as I sat with a dime piece) evil eyes and dirty looks. Similar to the portlier women above, her powers were also useless here as the cultural tightrope she and her sisters in the feminist claven keep men on sexually was thousands of miles of away.

She was a fish out of water. And it was delightful to watch.

I imagine her insulting the men from Europe and America who were there having a good time with the typical boilerplate angry feminists like to throw at men who have discovered a bigger, better deal than she could ever offer.

As we all know, the truth is none of the above. Anglobitches don’t like runaway slaves from the Beta male plantation they’ve created. And Walking Street is brimming with runaway male slaves.

All the more reason to smile ear to ear as you look them in the eye, while pulling your exotic hottie just a little bit closer to you and giving her a big, wet kiss. Revenge is sweet. Your female master no longer has any power over you.

My adventures in the Land of a Million Smiles are worth every penny. I’ve never felt more whole as an individual or happier inside since throwing off the chains of a Puritan culture and visiting cultures that aren’t so uptight and prudish.

Won’t you join me soon outside The Matrix?