The Tyranny Of Technological Control Is Becoming A Reality

There’s little doubt the ultimate goal of globalists is to roll out a Global Technological Control grid, in which everything and everybody is connected – and monitored – by a computer network spanning the entire globe. Essentially, the dream of the elite is to unfurl a system of electronically enforced Communism via subcutaneous microchips. Of course, the elite and their cronies who possess what Aaron Russo called the “KMA chip” or the “Kiss My Ass chip” will be exempt from the micromanagement of daily life everyone else is forced to adhere to.

The elites’ dream and commoners’ nightmare of a “Prison Planet” is being done in degree. That chip in your new credit card that’s supposed to enhance security? A rudimentary step towards getting a chip placed into your hand for all purchases as cash is eliminated. Incidentally, I noticed a fast food restaurant I recently visited inside The Matrix is now scanning all money because of supposed “fraud” but one can envision a system in which even cash itself is electronically monitored with paper-size chips in order to track how you’re spending it.

That Big Brother sensor Progressive insurance has been attaching modest discounts to in order to get people to start welcoming second by second monitoring of their driving habits? Another piece of the puzzle.

Incidentally, many trucking companies already have cameras that monitor drivers’ behavior 24 hours a day. How long before cameras are mandated inside passenger vehicles?

Google and Facebook monitoring and storing every keystroke you ever make online? Yet another piece of the puzzle. Bolder steps will come when literally everything has a computer chip in it, and there are cameras literally creating the equivalent of millions or billions of people living their own personal The Truman Show.

Here’s how a couple more emerging technologies play into the scheme.

Once scoffed at, RFID is already emerging in everything from credit cards to Passports – the next step is putting the chip in your hand

Expected to be online by around 2020, 5G is the next generation of communications that will facilitate the coming Internet of Things.

Beyond the terrestrial cell networks which will be able to monitor tens of millions of electronic “brains” inside everything from our wallets to our cars to the products we buy, there are plans being hatched by billionaire Elon Musk to make WiFi ubiquitous worldwide via satellite. Newsweek hailed the announcement as yet another undeniable consequence of the all-important word “progress” without detailing any of the inherent risks:

Musk announced the scheme to launch a network of geosynchronous satellites, allowing high-speed internet access all over the globe. Musk told Businessweek: “The long-term potential is to be the primary means of long-distance internet traffic and to serve people in sparsely populated areas.” It would not only provide internet for the millions of people without it in remote or impoverished areas of the world, but, in theory, also make current connection speeds quicker as light travels faster in space than it does in the fibre optic cables used now.

Translation: There will soon be no escaping the reach of the central planners and micromanagers in the corporate-government complex. As everything humans do shifts from physical reality to being mediated by an electronic “middleman” the potential for abuse of power becomes an enormous concern.

Nobody listened when Aaron Russo sounded the alarm about the RFID agenda a decade ago:

The ultimate goal that these people have in mind is the goal to create a one-world government, run by the banking industry. Run by the bankers. And the whole agenda is to create a one-world government where everybody has an RFID chip implanted in them. All money is to be in those chips — there’ll be no more cash. And this is given me straight from Rockefeller himself; this is what they want to accomplish. And all money will be in your chips. And so, instead of having cash, any time you have money in your chip, they can take out whatever they want to take out whenever they want to. If they say “you owe us this much money in taxes,” they just deduct it out of your chip, digitally. And, if you’re like me or you, and you’re protesting what they’re doing, they can just turn off your chip. And you have nothing. You can’t buy food. You can’t do anything. It’s total control of the people.

Those who went along with Russo’s frightful vision of the future were called nuts, crackpots, and cranks. However, even those who once scoffed at these warnings are now being forced to take a second look as globalist designs become more obvious by the year. 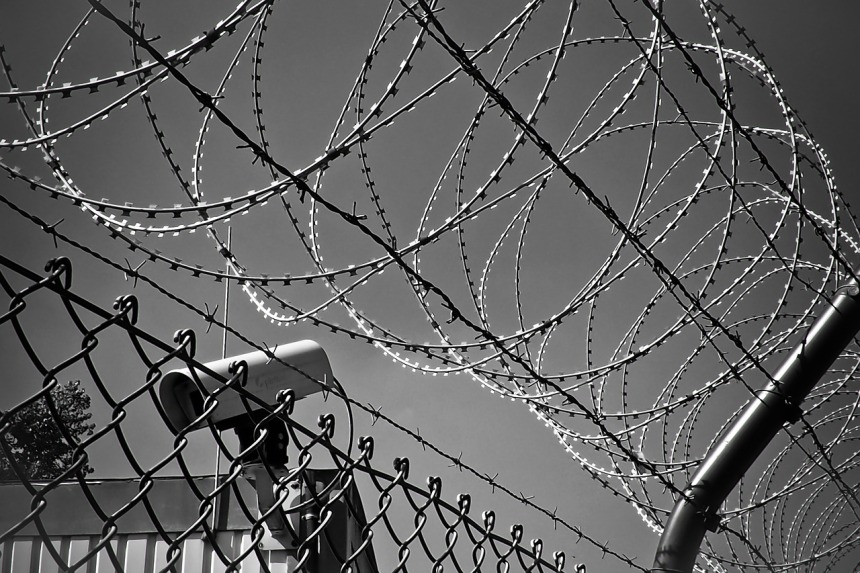 These emerging communications technologies will be the backbone for what is the truly threatening risk to the freedom an autonomy of mankind: the Internet of Things.

The Internet of things is the inter-networking of physical devices, vehicles (also referred to as “connected devices” and “smart devices”), buildings, and other items—embedded with electronics, software, sensors, actuators, and network connectivity that enable these objects to collect and exchange data.

It sounds harmless, right? Except when one sees one of the goals is to take human decision making out of something as benign as driving to work. As revealed by WIRED:

If there’s ice on the bridge, the same sensors in the concrete will detect it and communicate the information via the wireless internet to your car. Once your car knows there’s a hazard ahead, it will instruct the driver to slow down, and if the driver doesn’t, then the car will slow down for him.

But it goes deeper than that. Facebook and Google can already predict consumer behavior by monitoring your behavior online. Imagine when there are sensors that track everything you purchase, everywhere you go, and even everything you say with voice recognition technology. The control grid assumes even more power over our lives. The Waking Times gives us another piece of the puzzle:

The deeper level is really about the construction of a total technological control grid whose ultimate purpose is to know what you’re thinking and feeling, and then be able to change what you’re thinking and feeling so as to control your actions. In other words, complete technological slavery. Like many aspects of the worldwide conspiracy, most people who push forward their particular aspect of the overall agenda have no idea of the deeper ramifications or where the whole thing is headed.

Ultimately, the Internet of Things will be a world-size robot. Bruce Schneier writes for Forbes:

This is the classic definition of a robot. We’re building a world-size robot, and we don’t even realize it.

It’ll also get much more dangerous.

Some would say that’s been the plan all along. To take individual human decision making out of the equation and let all decisions be made – and electronically enforced – by the collective. We are closer to realizing this dystopia than most people understand. To the elites, Ayn Rand’s freedom, reason, and individualism are so passé.