Posted on April 13, 2017 by Relampago Furioso Leave a comment 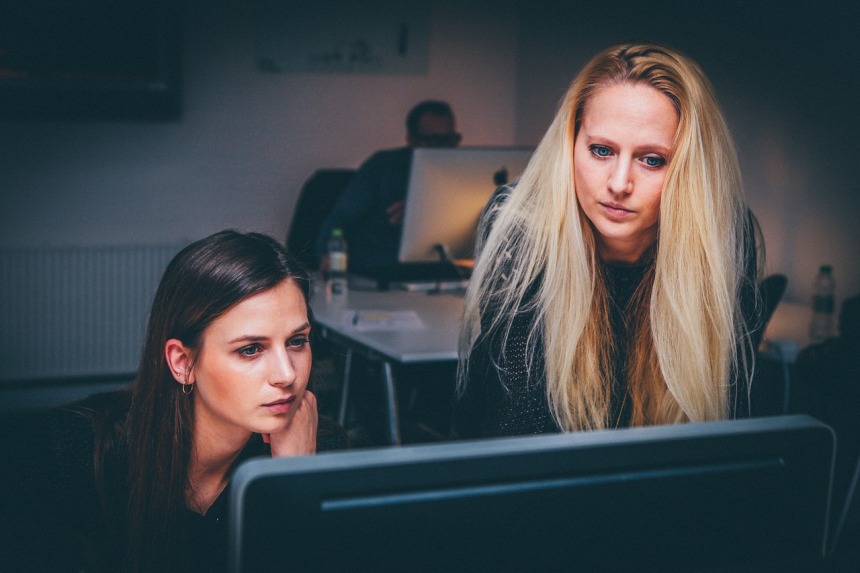 Feminism was about much more than turning women into common laborers and office drones; it now aims to completely eliminate biological sex differences

Kudos to Ashley McGuire, author. She’s a true rarity in this day and age, an American woman shunning the flocks of indoctrinated sheeple, daring to strike out in a bold new direction using the power of the pen.

McGuire just penned a fantastic, highly rated book revealing the truth about where the primrose path of feminism leads. As we in the manosphere know, feminism ultimately leads to misandry, androgyny and the sexes competing with each other rather than cooperating with each other.

But there’s much more to the issue of where feminism is leading the West than the aforementioned unholy trinity. McGuire comments on why she wrote Sex Scandal: The Drive to Abolish Male and Female.

I saw just how unhinged women’s actual lived experience of the sexual revolution was. I am actually motivated by equality and empowerment for women. But I think that is a futile enterprise when you are going to start off with the premise that women and men are no different.

Unhinged is a great word. Because that is exactly what Anglo women are becoming since they decided to divest themselves of children and a husband so they could become common laborers, and decided to try and be just like men rather than just like their grandmothers.

Imagine, women fighting so they could become common office drones rather than moms with loving children and an adoring husband. That’s exactly what feminism has done to women. While feminists don’t realize they’ve actually been dethroned rather than lifted up, some women are starting to notice The Grand Canyon between what they were promised and what they actually got for jumping on the careerism bandwagon.

Feminism, and its stepchild careerism are having disastrous consequences. Here are a few. 70 hour work weeks. Crushing student loan debt. Empty homes. Dried up wombs. Jaded lives after retiring from a life riding the cock carousel at age 35. Loving fathers relegated to financial slavery because mommy “got bored” with the relationship. Rising delinquency with the absence of hard-assed, Red Foreman style fathers in the house. Rising rates of antidepressant use, especially among women, when the truth is housewives are happier than career women. A coming spinster bubble of crazy cat ladies.

All this to power an economy of wasteful consumerism since feminism increased the labor force, lowered wages, but doubled the tax base for Big Daddy Government and the number of households for GloboWorldCorp.

McGuire goes on to reveal the elephant in the room, the media blackout of voices like those from the authors of this humble blog. The current social engineering paradigm goes as far as the verbiage used by media talking heads and other puppets of those in power who are the “agenda setters” in America.

Whoever controls the language of the debate has a lot of power. Even the fact we are using the word gender instead of sex is very important, because gender means basically nothing and sex has a very concrete definition.

Manipulating the language people use includes inserting the Don’t Need a Man™ mantra into the public psyche. Manipulating language is only the beginning. This agenda ultimately results in the erasure of women and their vital sex roles in a functioning society.

Feminists, Ms. McGuire is more of a woman than you ever will be. Why? Because she is not ashamed of being female, and she doesn’t try to become one of the boys. She embraces her natural biological strengths. She speaks out against what you’re doing to society rather than jumping on the politically correct bandwagon.

No man can give life to another human being after nurturing a child in his womb for 9 months. Studies show both sexes are happier in traditional sex roles, as the sexes have evolved to compliment one another rather than engage in a corporate survival of the fittest operation.

How did innate female strengths become something to be ashamed of? Who decided women need to emulate men, taking on roles that are quite frankly beneath them, shuffling pointless bureaucratic paperwork around and licking the corporate boot for a paycheck when they could be loving on their own son or daughter rather than petting a cat?

McGuire knows the price of continuing on the suicidal course feminism has charted for the decaying and declining Western world.

If people think that we are not going to see major ramifications, they are totally wrong.

Indeed, ignoring Bronze Age wisdom about the sexes was the blunder of all time. Pretending the sexes are not polar opposites is the height of insanity. And it is both biologically and demographically unsustainable.

Not to mention, where’s the fun if both sexes blend into one gelatinous glob of asexuality? Yuck.