Stories from the Road: Greetings from Ohio

Posted on April 18, 2017 by Relampago Furioso Leave a comment 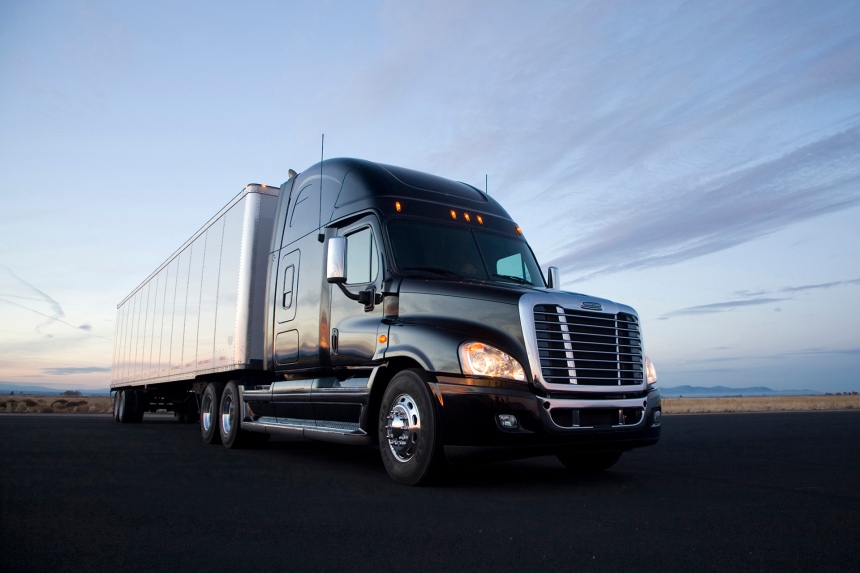 My adventures in a Freightliner Cascadia

As many regular readers know, it’s truck driving season for me. I’ve decided to spend the warm part of the year pumping and dumping the American economy as I drive an 18-wheeler coast to coast to refill my bank account for the year’s international endeavors. When cold weather sets in my happy ass will return to the tropics, surrounded by sexy black, brown, and Asian chicks.

Speaking of international endeavors, here’s my theme song. This is more than a song and music video. I live the lyrics of this song when I’m not making money. I especially like the shout out Pitbull gives to the DR, my adoptive home.

Here’s an update for those following this trailblazing mission to design a life plan for those who want to escape the clutches of corporate slavery.

The plan is work hard 6 months a year, save and invest, and spend the other 6 months abroad. Living in the truck means no living expenses beyond what I eat. So, it’s a way to save nearly 100% of what I earn since I got myself out of debt years ago. So far, it’s working out great as I spent March in Asia and the Caribbean. That was just the warm-up.

I’ve adjusted to living inside the truck, and consider it an extended camping trip. There’s a bunk bed in the back, I have a fridge and plenty of canned goods and fresh veggies. (Fuck eating out, it’s a colossal waste of money for bad, ersatz food. I eat breakfast, lunch, and dinner on $5 a day.) A MiFi box keeps me entertained and informed. I gave up TV nearly 18 months ago after working in the news business 15 years, and I do not miss it.

Trucking is very tough. The biggest asset I’ve found is patience. It’s extremely easy to fuck up royally when a man is driving a 70-feet long, 80,000 pound monstrosity down the highway, or making tight turns in the city. But it’s satisfying in a way practicing sophistry, playing the game, and kissing ass in the everybody is out for themselves media world can never be for a real man.

I spent most of last week in Georgia, and was assigned a load that brought me nearly 600 miles north to Ohio. In the past few months I’ve been to Los Angeles, Portland, Seattle, Las Vegas, Denver, Cheyenne, Phoenix, Dallas, Chicago, New York, Atlanta, Pittsburgh, and almost everywhere in between.

I am beginning to realize the wisdom behind George Carlin’s statement that the U.S. is  a coast to coast shopping mall. The one unrelieved feature of the entire country is how bland and monotonously the same most towns are. Sure, some are prettier than others, and some have landmarks that others don’t have. But at the core, they’re all filled to the brim with McDonald’s, Fivebucks (what I call Starbucks), and other bland national brands.

There’s no character, and there’s no culture. Homogenized is a word that comes to mind. Everywhere I go I see looks of despair and disappointment in usually overweight people’s faces. The reality of the USA definitely does not fit the glossy image it broadcasts to the world.

I’m also seeing what a police state really is as everywhere I go police are pulling over motorists left and right for minor infractions. The pigs are truly bearing down on John and Jane Q. Taxpayer. I become enraged every time I see the pigs filching someone.

That’s it for now. Further updates as this adventure continues. The bottom line is I believe a life of working a man’s ass off half the time and partying like a demigod the other half of the time is within reach of many men who are sick to death of Anglo America and its Puritan, sexually repressed and overworked disposition.

A book is in the works, detailing everything sometime this winter.