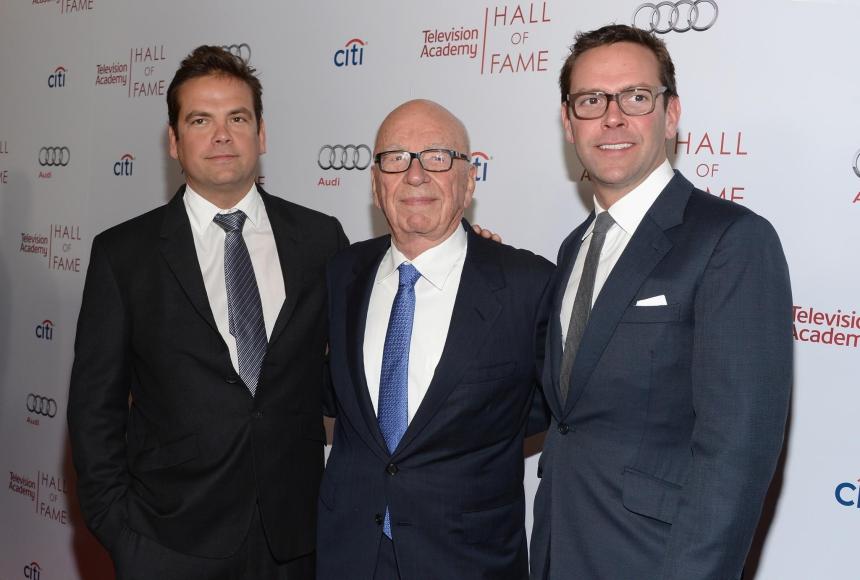 Fox News, as psuedo-conservative and milquetoast as it is, is prepared to make a bold move to the left. An obvious effort is being made by the maniacal, elite power structure to disperse what they see as sheeple electing leaders like Trump, Farage, and possibly Le Pen by striking at shepherds like O’Reilly.

They think they can make you forget about what they’re doing to you, your freedom, your nation, and your culture if nobody is there pointing out how you’re losing all of the above.

In other words, the lukewarm shift of the electorates to the right in America and Europe, represented by recent elections of leaders who talked a good game but are offering little in the way of results (when’s the first brick in the Border Wall going to be laid?) as the West lies in its death throes is too much for evil elitists. As reported by Mediaite, the firing of O’Reilly is only the first move Fox will make to purge conservative voices from the airwaves.

This news… paints a picture of a changing Fox News Network with Murdoch’s sons, James and Lachlan, CEO and co-chairman of parent company 21st Century Fox, at the helm.

“Changing” means falling in line with the wishes of the New World Order bosses, you know, the men behind the curtain who really run the show. So what do Murdoch’s manlet sons want to do? To make Fox more like CNN.

The [moves] struck fear into the minds of some Fox News’ hardcore conservatives with talk of the sons wanting to rid the company “of the old-guard culture on which their father built his empire” and bringing “a warmer and fuzzier workplace” that would move away from an “anti-politically correct environment.”

You know what all that code language means. Fox News, a network that has been nothing more than symbolic opposition to the dissolution of America and debasement of Americans from their nation is now disposing of any pretenses and coming out of the closet as another NWO propaganda machine.

Rumor has it Hannity will be the next to be removed from the network, and his boss, network executive Bill Shine will likely be replaced by a YouGoGrrl.

The Mediaite article says some wealthy conservatives are huddling, and see Fox news betraying its viewers as an opportunity. The group wants to sign O’Reilly, Hannity, and other conservative voices excommunicated from Fox to a new, supposedly conservative network that’s in the planning stages.

I won’t hold my breath. Neither should you.

The loss of Fox news to the Communist agenda means you should be worried, very worried if you are a conservative or libertarian or traditionalist. The power structure is now openly censoring opposition to their plans for world domination. They’re purging opposition, even milquetoast, middle of the road opposition from the public dialogue.

These are the exact same moves the Soviet Union made back in the Communist days of Russia. Silencing the opposition so nobody hears anything except purile corporate-government propaganda once again, and is scared to speak out with opinions that differ from the “mainstream.”