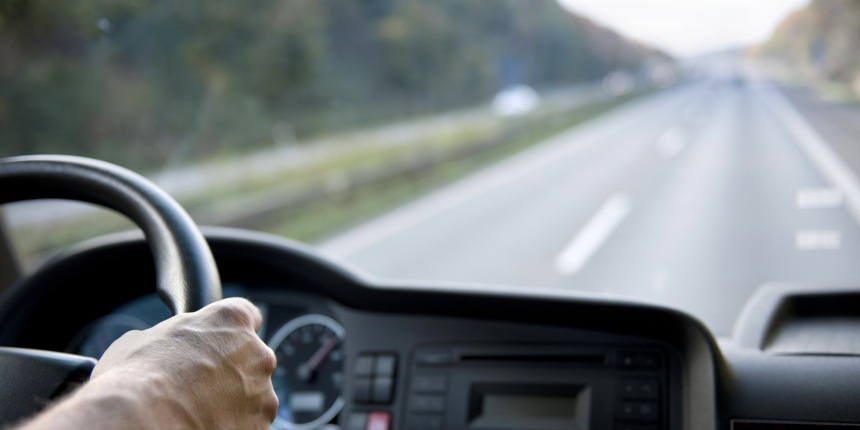 Many regular readers may know I embarked on a new goal to become a professional truck driver half the year to finance my exciting adventures abroad and my residence in the Caribbean. I’m happy to report the new venture is going well, and especially happy to report it offers a fantastic lifestyle for the minimalist.

I live in the sleeper of my semi 3 weeks, travel the entire United States, then get a week off each month to make a trek out of The Matrix all while saving money for living abroad 6 months to a year or more with each stroke. As long as I keep a clean driving record there will always be a job waiting for me, as this industry has serious shortages of experienced drivers.

When I get pissed off and pissed on by society, I come up with a plan.

I abandoned the talking head industry in 2015 because an industry that hates white males is no place for a white male to be. In their madness, the propaganda ministers are destroying a nation, an economy, and are complicit in genocide.

After leaving that filthy business that has such an unjustified high opinion of itself, I spent what was undoubtedly the best year of my entire life on the lush Samaná Peninsula. I built the foundation for this blog and a writing career that’s in progress while I was there.

This area of the world is the exactly opposite of greedy, materialistic, hateful Anglo culture. Warm, welcoming people, a laid back lifestyle, and beautiful, feminine women everywhere. I am truly happy when I’m there. In fact, I can become quite emotional thinking about how it gave me the life I was denied for half a lifetime.

But it must remembered a rolling stone gathers no moss. I love my life in the Caribbean, but I wanted to push myself to explore more of the world. New boundaries. New adventures. Helping lead other men out of the hell they’ve been socially engineered into.

Taking my minimalist philosophy on the road was to be my next adventure. Similar to my minimalist lifestyle abroad, I’m riding up and down the Interstates, highways, and biways of America with nothing more than a WiFi box, a laptop, a tablet, and a carry on bag of clothes.

I don’t eat out the way many truckers do. I pass right by the bread and circuses that lure so many in order to strip them of their cash. My motivation to skip out on these petty entertainments is partly the happiness and freedom I feel abroad and partly my utter contempt for the way I was treated by Anglo society the first half of my life.

All my money is stashed so it can be used to live a much better life outside The Matrix, with an eye on making a permanent exit as quickly as I can. In fact, I live pretty much like a monk when I’m in the States. The MGTOWs definitely have a point when they tell men to ghost. I have no desire to participate in this “culture” in any way except to visit landmarks, pick up the occasional stripper, and go mountain climbing once in a while.

I told you all that to tell you this.

This trucking adventure is a lifestyle many men can adopt to maximize their satisfaction with life. But first, a man must be out of debt before he can do anything outside the sleep-work-spend paradigm that keeps the masses chained to their jobs and their bankers. The evil that is consumer debt must be purged.

The next step is getting rid of all that crap that is tying you down. Throw away, sell, or give away all that junk that keeps you from living the adventures you want to live. Possessions are a prison unto themselves – remember that. They’re selling you chains with credit cards and all the junk you charge on them.

After purging the materialism and consumerism and Anglobitches from your life, you’re then a free man. With the chains off, you are free to do whatever the fuck you want to do with your life. As the minimalists say, why not live a life that’s your own with some occasional work involved rather than running like a rat in a wheel – a slave to things.

And, a slave to the world’s worst women. Trust me on that, as someone who has visited nearly every state and every major city in America.