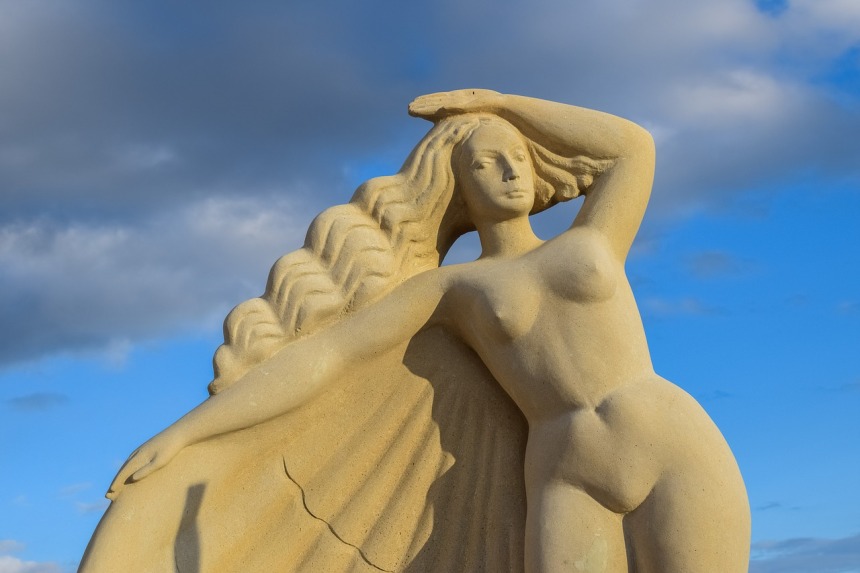 Modern, secular feminism is a new twist on an old religious doxy

There’s a common misconception when we discuss latent Puritanism in a spiritually dead, modern Anglo-America. Jonathan Castle writes The New Modern Man with an astute question:

Love the site and your writing. But there seems to be a central contradiction:

I probably don’t understand what you’re saying, or what you mean by spiritual, but if you want America to not be spiritually dead, shouldn’t you embrace some form of traditional faith – which necessarily puts boundaries on sexual expression?

Have you set up a catch-22, a no-win situation?

Rookh Kshatriya, creator of the Anglobitch blog and the Anglobitch Thesis, provides Jonathan with a succinct reply, describing how feminism and Puritanism are intimately linked to one another.

Jonathan, there is no contradiction. The puritanical repression persists as a residual legacy of Anglo-American religion, albeit shorn of its religious roots. Its modern strongholds can be found in secular mass culture, for example Disney movies about perfect princesses or horror films in which all men are villains and women are all saints. Now, these cultural artefacts are not religious in any way, but the old religious puritanism persists in them, albeit in secular form. Similarly, feminism is not an explicitly religious movement, but Anglo feminism has exactly the same anti-sex, anti-pleasure stance as the temperance movements of the 19th century which it claims to despise. The Anglobitch Thesis teaches that Anglo feminism (and much Anglo culture in general) is essentially Victorian puritanism in secular guise. This explains the intellectually vapid and contradictory nature of Anglo feminism; it embodies what it claims to oppose.

Spending a good amount of time outside this culture makes one appreciate the utter brilliance of that analysis. Modern, secular feminism has directly resulted in an echo of the religious days of Puritan America, and is an embodiment of an anti-sex, anti-pleasure world view.

When I’m in Latin America, sex is everywhere, it is not viewed with shame and scorn as it is in Anglo America, and the culture is one of living one’s life to the fullest, interspersed with periods of work – not the other way around – work at the expense of everything else that makes life worth living.

As TNMM detailed in The Puritan Roots of American Feminism, feminism has foisted upon Americans the same doxy the Puritans once held sacred: Sex is evil, hard work for the benefit of women is sacred, and indulgence in sex or refusing to work hard is a sin punishable by fire and brimstone.

Only in modern times, the fire and brimstone of the legal system and judgments from talking heads in the media rain down on those men who indulge in sex with willing whores or who pursue women for sex or who are “deadbeats” because they don’t adhere to the “work until you drop over dead” mantra.

It’s helpful to think of the nightly newscasters on your local station as self-appointed “priests” up on high dishing out condemnations and judgments on the populace as actual priests once did on their flocks. Also, think of how culturally taboo it is becoming for men to approach women and the legal noose a man can have wrapped around his neck via sexual harassment code and public shaming for something as innocent as an off-color remark.

This is, of course, the case because Anglo-America has embedded within it the core belief that sex is evil, and that sexuality is a “blessing” bestowed upon women (who are “better” than men) only they can choose to share with men who are “blessed” to receive it.

The legal system also forces males into financial servitude via frivorce lotteries/alimony and child support annuities, a new spin on the Puritanical, sacred value of hard work for the explicit benefit of women.

Lifelong hard work being forced on men for the material benefit of women is a claim supported by statistics of who benefits the most under the current paradigm. The current government spends far more revenue on women than it does on men, around 66% by some estimates, and the economy is 80% driven by female purchasing decisions according to Harvard University.

Feminism was supposed to be about liberation, but it has turned into a goddess cult, as one would expect in a sexually repressed, gynocentric, female-worshipping culture. Only the religious aspect of the belief system has been dropped.