Estranged: Ghosting on the Road 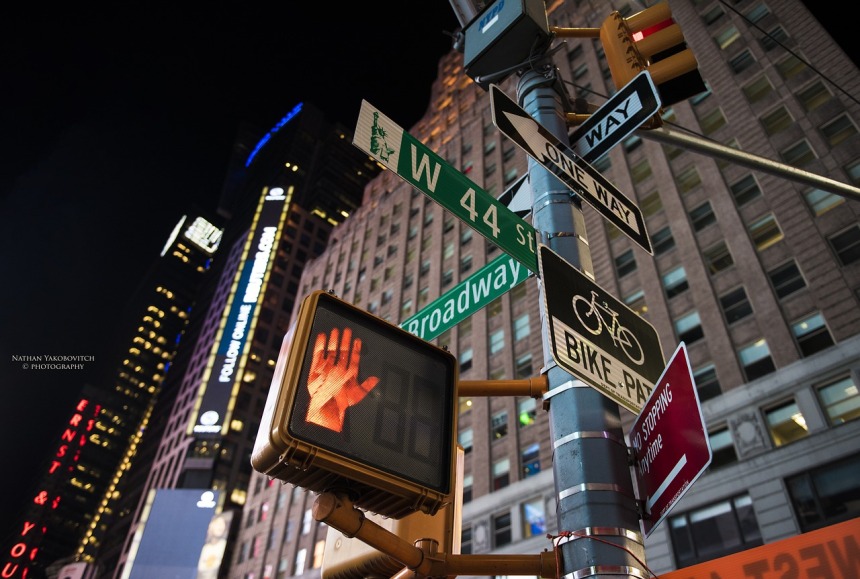 An update from The Big Apple

You haven’t lived on the wild side until you’ve taken a 70-ft long, 40 ton vehicle into the heart of the concrete jungle known as New York City. It is a wild ride. Don’t make a wrong turn is the advice. There’s a thought that’s occurred to me while I’m here, enjoying some awesome food at the Truck Stop Diner just across from Manhattan in eastern New Jersey.

I am hopelessly estranged from America.

I’ve returned to ghosting while I’m on the road, as strip clubs don’t really do anything for me, brothels are too expensive and only offered in Nevada, and online dating is a tragic comedy unless you’re into fat and sassy land whales. There’s really nothing for me to do except work and save my money because everything in the States is becoming too expensive for the average person to enjoy.

An example: a crappy Big Mac meal now runs a man almost $12 at the travel centers along the toll roads we cruise up and down. The same meal was $2.99 when I worked at McDonald’s as a poor teenager 20 years ago. The price of the meal has gone up, but wages for the average worker haven’t kept pace.

I’ve traveled to nearly all 50 states in my 18-wheeler in the past 6 months, and yet there’s nothing here for me. Really. I’d be gone already except I need to meet my financial goals in order to enjoy life abroad, outside The Anglo-American Matrix. I feel the emptiness that drove me away from America slowly returning as I realize there is nothing to do but feed machines and live a solitary life in a place that pretends to be social on the outside but in reality is one of the most anti-social places on the planet.

I’ve come to realize, I’ve been estranged from this culture from quite a while.

It never intended to offer a man like me a seat at the table, as creative and intelligent men are ostracized from Anglo culture from the time they’re boys in school. Personally, I was identified in third grade as an anomaly, probably because I talked about amplitude and frequency modulation when other kids were talking about G.I. Joe and Barbie. I was placed into the “Gifted” program only to see nothing happen except being able to study at my own pace through third and fourth grade.

Then, I was lumped back into class with the rest of the students and tried to follow the prescriptions the masses are given (go to college and get the magic piece of paper) until I couldn’t stand living like that anymore in my early 30s. It’s nothing but a trap designed to saddle men with debt peonage.

Now, I’m flying by the seat of my pants on a totally new, self-directed adventure, much of which I write about here at TNMM.

But, it isn’t just the mental aspect that estranges me, nor the fact this culture actively marginalizes those who think and reason for themselves rather than following the herd. It’s living in a culture that’s actively trying to de-ball men and boys. There’s no room for masculinity in a toxic, feminized culture. There’s no room for originality or risk-taking in a culture that’s become afraid of its own shadow at the behest of the controllers in the media and politics. Whereas the nation once had role models like James Dean, we now have to look at creatures like Rachel Madcow on MSNBC, held up as some great androgynous figure for everyone to aspire to.

There’s nothing to do except worship at the altar of the sleep-work-spend cycle. That’s for the people who are unfortunate enough to have to work. The welfare class just sleeps and spends. What kind of empty ass existence is that?

What’s more, people here disgust me in a lot of ways. Big, lumbering slobs that have no survival instincts, don’t know how to do anything except shop for garbage they don’t need, shove bad fast food in their face, and talk about their stupid careers like the slaves they are.

All I want is out of the insanity, to leave for a secluded, untouched corner of paradise to be left alone from the dystopia this once great society has become, and live out my days a free man, not a serf on the corporate plantation. To enjoy the simpler pleasures of life like a son and daughter and my choice to do whatever I want with my time each day. Not out of control and exploited in the insane sleep-work-spend cycle everybody else accepts as normal.

The worst part is how hard it is to escape this “free” country. You haven’t realized how anchored you are until you’ve tugged on your tether a bit. The system is set up to make it so you can never leave, just like the lyrics in the Eagles’ Hotel California. It is a system designed to run you into debt, credential you to death, tax you to death, and fine/fee you to death in addition to spending what it can of your paycheck after you get it, i.e. forcing you to either pay into the health care mafia or get fined by the IRS.

It requires supreme self-discipline to stay out of the many, many financial traps it lays for men in their daily lives.

I seldom leave my truck these days, knowing I can’t passively accept life in The Anglo-American Matrix, spending my hard-earned money here knowing there’s something better for me out there in virtually every direction a man might go. I don’t want to participate in this social engineering experiment any longer. I’ll just be a citizen turned migrant worker, as this society took my place at the table away a long time ago.

I’ve decided to tough it out through the end of summer. Then, I’ll be leaving again for at least six months, if not one to two years if things go well.