The Anglosphere Cancer: Feminism, Faith and the Rise of Secular Puritanism 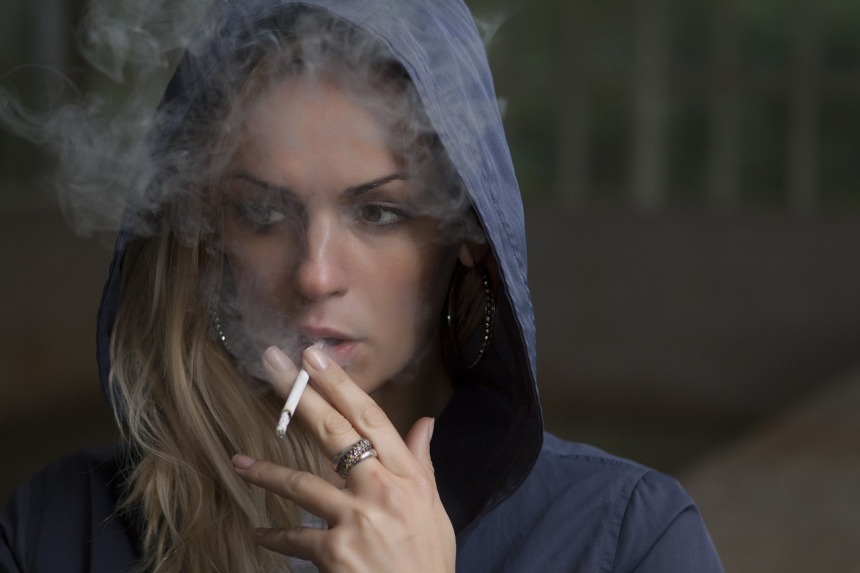 Rookh Kshatriya is the creator of the Anglobitch blog, The Anglobitch Thesis and the author of Havok: How Anglo-American Feminism Ruined Society.

An objection often raised against my Anglobitch Thesis is this: if Anglo-American Puritanism is the source of all the iniquities we discuss, why have things seemingly gotten so much worse for men since the rise of populist Anglo feminism in the 1970s? If puritanical Anglo culture were the sole culprit, surely institutionalized misandry would have always been with us?

It seems a valid objection. On closer inspection, however, there is ample evidence that institutionalized misandry existed decades before the advent of feminism. For example, George Orwell’s Down and Out in Paris and London (1933) or Keep the Aspidistra Flying (1936) are full of bleak references to female hypergamy and its intimate association with English repression. Similarly, the disastrous and failed policy of  Prohibition in the Twenties demonstrates the long-standing political power of puritan opinion in the United States. In addition, the US has some of the most punitive laws against prostitution and drugs in the western world. Given these facts, it is baffling when commentators continue to argue the Anglosphere is not puritanical and repressive to its very core.

However, it is difficult to deny that things have got much worse for men in recent years; especially white, working class men. Of course, this is not solely the result of feminism; the decline of unskilled industrial jobs has also played a part. However, I would argue that the real culprit is a distinct shift from religious Puritanism to secular Puritanism that occurred in most Anglosphere countries during the late twentieth century. And the secular Puritanism that now prevails is far worse for men than its old, religious counterpart, while retaining many of its worst themes. This is because women have dethroned divinity as the presiding ideal of Anglo society; in sum, they are worshipped as deities in the absence of God. Impressing women to gain their sexual favours, once seen as a biological necessity, is now paraded as the loftiest goal men can aspire to; yet the puritanical heritage of the Anglo countries ensures sex remains a scarce commodity. Little wonder, then, that female arrogance and entitlement have reached radioactive levels. Meanwhile, men across the Anglosphere have been reduced to beasts of burden fit only to serve and honour women as disposable serfs.

In sum, the dramatic online explosion of MRAs, MGTOWs and Gamers represents a masculine backlash against this state of affairs. In their respective ways, all these movements are trying to remove the pedestals on which Anglo women now stand (MRAs and Gamers), simply avoid them (MGTOWs) or pursue non-Anglo women (pan-Anglosphere Dissidents). Under genuine religious Puritanism, men still enjoyed several benefits implicit in the Judeo-Christian religion: male employment was still valued and protected as a basic human right, men were still fashioned in God’s image and men retained a strong voice over reproductive issues directly affecting them. With the rise of feminism and the emergence of secular Puritanism, those vital male benefits were instantly swept aside and a wave of masculine resistance was the inevitable result.

The pan-Anglosphere shift towards secular Puritanism has wrought deleterious effects beyond the narrow field of gender relations, however. Once, other Anglo-Saxon institutions were also infused with religious belief – commerce and temperance both arose from an implicitly spiritual consciousness, albeit puritanical and repressive. However, in the modern era these institutions persist only as hollow, secular shells bereft of spiritual purpose. Commerce has lapsed into mindless consumerism, the family into gynocentric dysfunction and temperance into a witch-hunt against sensual pleasure. In other words, the Anglosphere’s key institutions persist only as malefic shells of their former selves.

This brings me to another important point. Part of the mass alienation which grips the Anglosphere nations, an alienation expressed as a widening gulf between the elites and the masses, is the insincerity underpinning elite discourse and governance. Although Anglo-American society is now effectively secular, the elite still persist in pretending we live in a pre-secular society. I call this ‘The 1958 Thesis’: a tendency among Anglo elites to exaggerate mass attachment to tradcon values when not one person in a hundred actually believes in them. Because of this, the Anglo-American world is now ruled by puritanical reflexes rather than meaningful ideals, creating an oppressive and alienating civilization. Above all, the Anglo-Saxon spirit of temperance has devolved into mindless hostility to freedom, pleasure and experiment – consider America’s costly and pointless ‘war’ on drugs, resulting in the needless criminalization of millions of young people. Successive Governments give no rational explanation for pursuing this ridiculous policy, because none exists; habit, not reason is their guiding principle. The reader can doubtless think of many more examples, not least the American state’s inane hostility to prostitution. For some vague and inchoate reason, the US authorities outside Nevada still see fit to stigmatize and criminalize a reasonable transaction between two consenting adults: crazy but true.

The foregoing discussion not only describes the contemporary Anglosphere, it illuminates it. The present condition of the Anglo-American world is secular Puritanism, a cultic ideology that worships women as the pinnacle and meaning of existence. Sometime during the mid-20th century, gynocentric woman-worship began to supplant religion as the primary motive force in Anglo-Saxon culture. This rapid secularisation process retained a puritanical ethos while transforming key Anglosphere institutions into grotesque, feminised caricatures maintained by sheer force of habit. Even Anglo-American foreign policy now follows the same gynocentric and puritanical trajectory, attempting to impose its warped misandrist values on unwilling nations and peoples around the world (see ‘The Hillary Doctrine’ by Hudson and Leidl, 2017).

The only positive thing to arise from these appalling developments is the Manosphere, the online resistance movement that opposes them. In some ways, the Manosphere resembles the Black Atlantic and it has similar political potential. In simple terms, Black Atlantic theorists argue that black European people have more in common with black Americans than they do with the European whites among whom they live. Similarly, the Manosphere describes a common pattern of male experience that transcends national boundaries and binds disenfranchised Anglo-American men in a common culture of dissent.