Mankind Has a Common Enemy: The Global Elite and Their Media 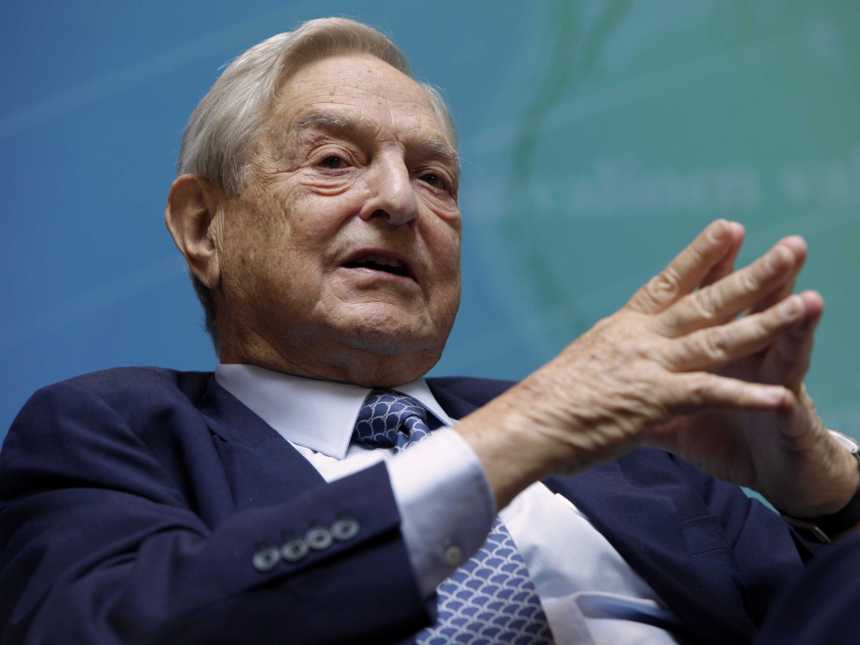 The face of evil, George Soros. But he’s only one of many in the elite cabal moving to seize the reigns power from We The People

Many people are only knee-jerk responding to each shock to the body politic as it occurs, and not thinking about who is responsible for each affront to freedom unfolding in America today. The time has come for us to start putting a face on who is stirring the pot – nay, also putting the ingredients in the pot before stirring it – so the public knows who they are.

Make no mistake, if the elite and their propaganda ministry (mainstream media) suddenly disappeared from the face of the earth, abducted by aliens perhaps, we would see an almost instant end to the mainstream media agitprop and throngs of alt-left thugs inciting violence in American cities.

The American Republic is in jeopardy because of these two forces.

Carefully designed agitprop, dreamed up by the Establishment and doled out in neat little doses by the echo chamber media is damned effective when it comes to creating division and inciting violence. Here’s how the evil genius behind the toppling of American institutions one by one, as well as the carefully crafted marginalization of all things traditional, common sensical, male, and Caucasian works. It’s a six step process:

One of the primary financial backers of the alt-left Socialist revolutionaries who brought flamethrowers to Charlottesville, burned down cities across America last summer, and will no doubt be inciting violence in the future – as documented by countless blogs and other non-Establishment outposts – is George Soros.

But he’s not the only devil. There are many others. In fact, someone has been keeping a running tally of some of the major players in the economic domination of American government and the subjugation of ordinary Americans to oligarchy. According to The Global Elite blog, here are some of those making moves to topple democracy and replace it with worldwide Communism. Not surprisingly, most are bankers.

We’ve all heard those names before.

But, those men are only the top of the food chain. The Global Elite blog goes into much more detail about the real power structure in the world, and it names names. These people are our common enemy. Strip them of their fortunes, and the power of their megaphone by boycotting mainstream media, and these people have no power to oppress mankind and shape us into human machines powering their bottom line. They will have no power to further divide and conquer us.

They will have no power to turn this planet into the living embodiment of Orwell’s Animal Farm. Let’s start by refusing to listen to mainstream media except as a tactic to know what moves the elite are intending to make on us. Once their narratives no longer carry any weight, we will have won a major battle as the resistance to coming global tyranny.