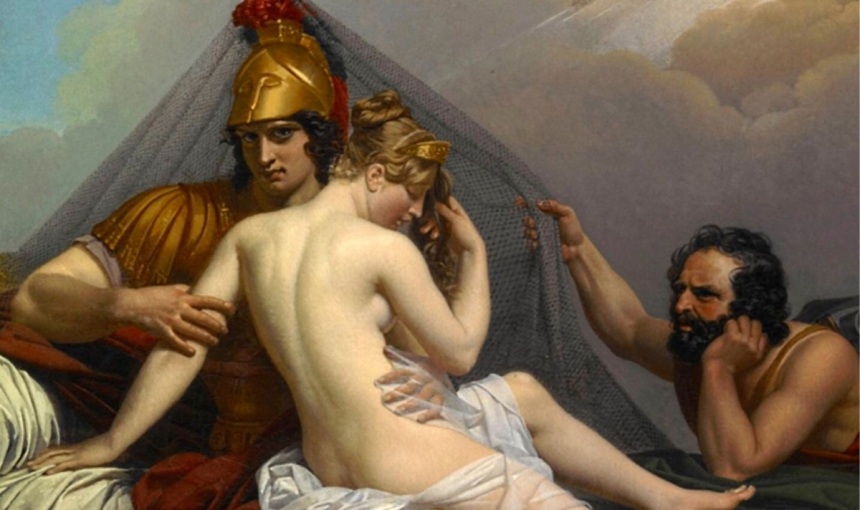 Gregor Wayne, author for Return of Kings just posted one of the more interesting and original pieces of writing I’ve seen from the manosphere in some time. In it, he compares and contrasts Alpha and Beta male behavior by telling stories of how two of his friends acted with women on a recent trip to Greece, and likens them to the wisdom awakened men can glean from Greek mythology.

Here’s an excerpt from the article.

Some guy friends accompanied me during my trip, and they also fancied the women. Two, however, stood out for their vastly different foreign dating outcomes.

I jokingly referred to one as the sink of the group. He drank like a motherfucker, and his experimentation with drugs bordered on rehab levels. He enjoyed acting like an asshole at times, but hanging out with him always amounted to a good time. That guy, not surprisingly, acquired a harem. He led one girl on, fucked another, and had the other girl literally show him texts the first girl had sent to her about wanting to fuck him, all the while his girlfriend waited patiently back in the states.

My other friend wasn’t so lucky. The nice and faithful Christian man that he was, he fell hard for one girl. She was a seven at best, but he did everything for her, hoping to one day marry her and have a family. I recall him excusing himself from a week-long drive around Greece that we had planned out because of “stomach flu” when in fact he used the week to hang out with her.

She enjoyed dating other guys on the side while always appreciating him as a “great friend.” By the time we left, my friend could spill only bitter words on how he was so done with her and the other women who turned him down (there were a lot). He never did shut up about them, though.

Indeed, some men can just never cross the line from being a faithful, lapdog Beta male and transform themselves into devil may care Alphas (or Sigmas) who never truly commit to women. (I have a close friend who has descended into religious piety as a way to avoid dealing with the truth about women, while I embraced how rotten they are and have been running harems in multiple countries, for better or worse.) It seems this was the case even thousands of years ago, as the mythological story of the willing, forgiving cuckold Hephaestus, his wife Aphrodite, and her lover Ares shows us.

Ares, the temperamental lover of Aphrodite (who she had multiple affairs with) went on to father multiple children with Hephaestus’ wife, while Hephaestus died a genetic dead end. It’s a classic tale of Alpha Fucks, Beta Bucks. Predictably, Hephaestus built his princess a castle while she spent her life getting her womb filled with the seed of another god.

As is the case with all religion and mythology, the lessons men can glean from them are far more important than the gods and myths themselves. Abandoning patriarchal Western traditions goes hand in hand with the secularization of Western culture. It’s as if liberalism brought us a cultural lobotomy, and we are rediscovering lessons about men and women, and male and female behavior the hard way.

A culture familiar with the lessons gleaned from the story of Ares and Hephaestus perhaps would not be suffering the cancer of feminism as the West is. You can read the full piece here.