The Question Now Isn’t IF the U.S. Will Be Demographically Conquered – But How Thorough the Conquest Will Be 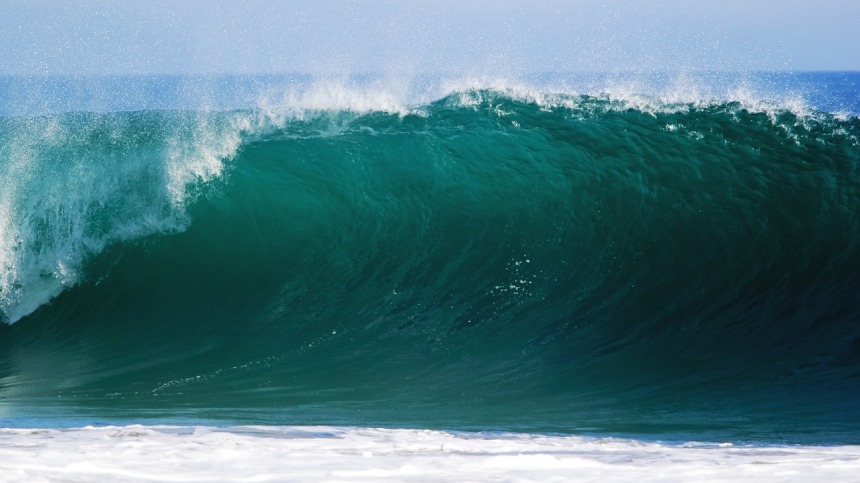 A demographic tidal wave is making whites strangers in their homeland

Most heritage ‘Muricans have no idea the U.S. is only in an intermediary phase of demographic conquest. But, they sense something is wrong as their idea of what America should be fades farther and farther away into distant memory. A demographic tidal wave has inundated them and they’re just beginning to realize it.

As an example, one of the changes heritage Americans have nightmares about is the gutting of the Second Amendment. But, the abandonment of that screed on parchment will happen when the nation reaches a demographic tipping point, as is already being foreshadowed with with news headlines and repeated attacks on that last line of defense against a tyrannical government. The fact is, other ethnic groups are shown to have much less support for gun rights, and as whites are demographically displaced their grasp on the Second Amendment is washing away like sand on the beach.

Here’s an interesting side note before you look to conservative media to tell the truth about how hopeless it really is trying to save the Second Amendment. It is profitable for the fake news media to put on the pretense the Second Amendment fight is a political one – keeping conservatives riled up for fun and profit – when in fact, any demographer sees the inevitability of what’s coming. The truth is demographics is destiny. Whites, who as recently as 1960 made up 92% of the American populace have been in demographic freefall for generations. Population replacement trends have been set into motion which are now almost impossible to reverse. This means laws, traditions, and the overall flavor of the nation will change.

‘Muricans think they can regain control of the nation by voting themselves into redemption. It’s not going to happen. Weak-willed whites have chosen to remain willfully ignorant of facts any demographer worth his salt knew back in the 1970s, i.e. that they were on their way to becoming a minority in their homeland with corresponding losses in political clout. They denied it was happening. I remember being called crazy for bringing it up at work a decade ago. Whites waited until it was far too late to take notice. The conquest of the U.S. is all over but the crying. The question isn’t IF the U.S. will be conquered but how thorough the conquest will be.

Population replacement was the evil genius of the globalists – displacing whites from political power in both America and Europe virtually ensures their success. Other ethnic groups have far different ways of thinking and living, and are much more open to collectivism than individualist whites.

On this topic, Jim Christian dropped this droll commentary on a men’s blog, clarifying things for clueless ‘Muricans who think what’s happening (the nation slipping from their grasp) is about politics. No. You’re being conquered, folks. You just haven’t realized it yet. Anyway, Jim gives us a taste of what the future holds.

End of the day, assuming the psychos in DC haven’t gotten us all nuked is, Hispanics and Muslims (mostly) will fight it out for supremacy in the US. There is no way around it. Trump is a nice respite, but face facts, the demographics are all wrong for our side. Whites were the only ones that quit breeding to save the earth. There will be pockets of White communities. But they’ll rule. And Hispanic/Muslim patriarchies aren’t going to tolerate nor ever suffer feminism of the sort that torments most White men.

Jim is right. Feminists are welcoming in their future oppressors with open arms and open legs. Total insanity as the West has gone culturally crazy. The West has joined the suicide cult of “equality” as illustrated by this video on the Oswald Spengler channel. But it’s becoming more and more obvious other ethnic groups aren’t pursuing equality but supremacy, as even in the halls of Uber the ride sharing service there are now calls for white men to become indigents so others can have their jobs.

With feminists ultimately being useful idiots of the elite, there is at least some good news to cherry pick from all this. Demographic conquest means new rules from new rulers.

The Matriarchy’s annoying tyranny will be smashed in most of your lifetimes. If you’re smart, you’ll keep your chivalry to yourselves, they ain’t worth saving. I love seeing the comments in papers in Sweden, Norway, Germany, the chicks endlessly ask where are the REAL men to protect them from the immigrants their feminist masters invited in, a new and seriously violent, raping patriarchy. Hilarious. The civilized White men, they destroyed them. And even if they DID protect the women, they’d be jailed for racism.

Incidentally, this is why women have been denied political power for thousands of years. They inevitably destroy everything men build up with endless societal shit tests, including the very men who create and maintain civilization. They will ALWAYS pit one group of males against the other to see who comes out on top, then fuck the winners. It’s just the way women have evolved. It was lunacy to think giving them political power would have a good outcome for the society at large. And we’ve only just begun that particular slide into the abyss. The worst awaits.

There’s one important caveat to Jim’s prediction: The crushing of the matriarchy will only be the case if the U.S. survives as a nation state when it becomes majority non-white and isn’t gobbled up into the forming New World Order system of totalitarianism.

How white men let themselves get this boxed into a corner will surely be a topic of debate for future historians. Survival is typically the first order of business for any ethnic group. But not whites, who erroneously thought their survival was guaranteed. This ethnic group has forgotten that the primitive always beats the civilized. Whites are terrified of their primitive instincts and think they can talk their way out of the mess they now find themselves in. That simply isn’t going to happen.

Whites woke up about 40 years too late for that one, after the demographic tidal wave had already engulfed them. That wall Trump is building won’t save them, either because the flood waters have already crashed ashore. It’s too little, too late to save them from drowning – building a wall to protect against floods when the floodwaters have already hit.

Get ready. A cosmic shift is coming in our lifetimes. White men are the Roman soldier at Pompeii.