Posted on August 11, 2016 by Relampago Furioso Leave a comment 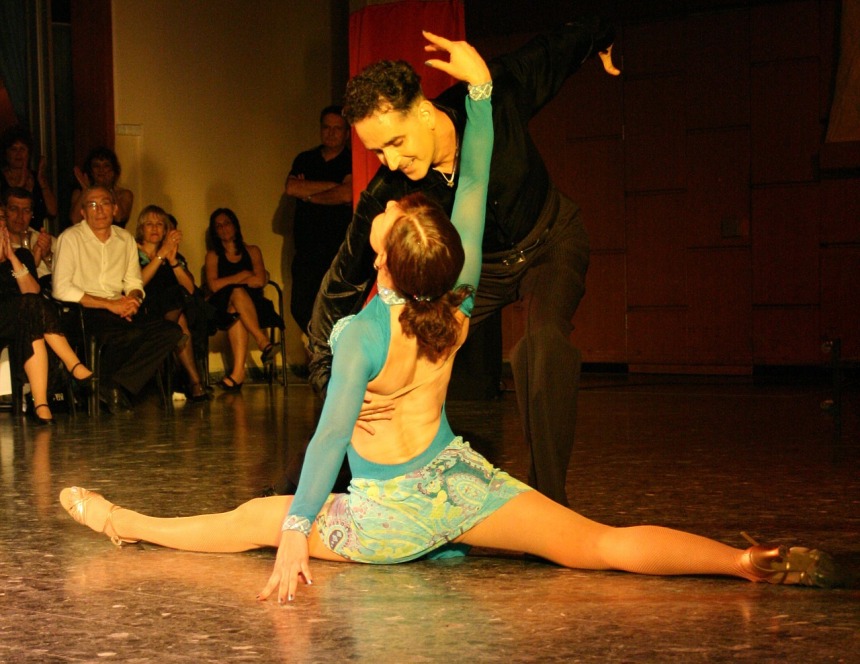 Salsa music and Salsa dancing is good for the soul

We’ve all heard the maxim sex, drugs, and rock ‘n roll. Except, in my case it has turned out to be sex, drugs, and salsa music. (Along with Cuban cigars and red wine). It’s an amazing change in fortunes for me, since I spent the first half of my life playing by the system’s ridiculous rules only to end up alone and a quickly on the road to becoming a used up crust of a man. The breaking point was when my boss told me my college degree and certifications and awards didn’t matter and that 50-60 hour weeks were the new norm in spite of the fact my salary was based on a 40 hour work week.

That’s when I figuratively echoed the words of Howard Beale, “I am mad as hell and I’m not taking this shit anymore.” The manosphere changed my life, and it saved me in many ways as I was just about to give up hope. Be it MGTOWs, PUAs, traditionalists, or other Red Pill men, this corner of the internet gave my life new meaning and new hope.

For as soon as I went to collect the reward promised to me since age 5 for a lifetime of studying and straight and narrow living, the globalists changed the conditions of the game. I walked away from the table, paying off all my consumer debt then developing a plan to duck the rest of the student loan debt I had while living a better life with less money abroad. I call the government taking the loss the price of deception and selling the middle class out, trying to turn the educated class into an enslaved class. Make no mistake, that’s just what five figure student loan debt is designed to do. My desire to not pay my student loans is as much philosophical as it is practical. Let’s just call it my middle finger to the system.

My original dream was to get married and have kids, but feminism and Cultural Marxism shit all over that plan. No man in his right mind is going to play Russian Roulette with a court system designed to turn him into check writing serf. Luckily, I made it out before 40, so I still have half my life to live pursuing all the pleasures we are told not to pursue.

All my life I had played it safe, sublimating all my instincts and desires for a job. A job that didn’t give a damn about me. But, as what I see as the pinnacle episode in the Star Trek: The Next Generation series, Tapestry so brilliantly illustrates, living a life playing by the rules ultimately causes a man to die of boredom and shame for a life wasted. Check out this fantastic scene, it has stuck with me for over 20 years.

So, what am I doing with my newfound freedom? Living the life of the carefree, no fucks given Sigma male. I am a lone wolf by nature. I am doing all the things they told me not to do. And it has been just wonderful. Whether it be doing blow of a sexy Latina’s ass or having threesomes with two black girls or toasting the sunset solo with wine and a cigar at the beach, I am loving every minute of it. I went through 5 women in just the past week, and managed to make friends with two of my newfound fuck buddies. I am having so much sex with so many women I actually have days where I am burned out on women, as I wrote in this piece featuring one of my idols, Charles Bukowski, and his views on the opposite sex.

I really love Latin America, let nodody convince you otherwise, this place is ALIVE for the man who learns a little Spanish and how to live here. I have got my mojo back, and I’m living a better life now at nearly 40 years old than I did at age 18. And, I’m doing it on a fraction of the cost of living in my former American city. Best of all, because I have taken care of myself most women think I am age 25-30. My possibilities are truly wide open.

Thanks to the manosphere, I have learned I am not the only man to run away from a frigid, gynocentric Anglo culture. The TNMM recommended book Havok by Rookh Kshatriya talks about these Savage Pilgramages and Why Free-Thinking Men Flee Anglo Culture. This quote from my favorite chapter in the book include this damning diagnosis from D.G. Rossetti:

The men of imagination in England have always been a persecuted sect.

Indeed, we are persecuted in the age of the sackless, deballed corporate drone. The first author in Havok’s litany of authors who fled Anglo culture is William Blake. As detailed in the book, Blake, who never escaped England “screams alienation from Anglo values” in his writings, and foreshadowed the coming exodus of many literary figures in the coming 200 years.

Living out the life Blake had predicated would come, Lord Byron became the first expatriate “pop star” of his time, as his exploits abroad became the subjects of extensive press coverage and his books became popular. Byron’s 19th century escape from turgid Anglo culture is more relevant than ever because “Anglo culture is inherently flawed by puritanical repression is more relevant than ever, with pedestal feminism and its attendant ills stalking the land” according to Shatriya. Byron’s casual sex and his more fulfilling life abroad in the Latin cultures of the Mediterranean to the Levant also exposes the sexual tyranny run by Anglo women.

Surrounded by a surfeit of casual sex, sex loses its novelty and women have to ‘try harder’ in order to impress or keep a man. When sex loses scarcity value, females are forced from their pedestals into sexual competition for male attention. In Spain, where sex was an omnipresent opportunity, women could not feign indifference to men.

Byron became so estranged from Anglo culture he wrote this, just before he died: “Let not my body be hacked, or be sent to England. Here let my bones molder. Lay me in the first corner without pomp or nonsense.” Then there’s D.H. Lawrence, also protesting against Anglo culture. Lawrence ended up in Italy and Mexico as he ran away from the insanity of England. I particularly identify with Lawrence’s life story:

Born in the English industrial town of Nottingham to a miner and a middle class woman who married down, from the outset Lawrence was an outsider in Anglo culture. This alienation was occasioned by his obvious intelligence and lowly social origins. Such a combination frequently creates an acutely critical social awareness, as in Byron’s case. Lawrence despised the hypocrisy of English institutions like class, puritanical religion and sexual repression. Following Nietzsche an other critics of Anglo society, he came to view Anglo American culture as myopic, denatured, and unfulfilling. His greatest novels often focus on the failings of Anglo women, constricted by class and incapable of unconditional love. 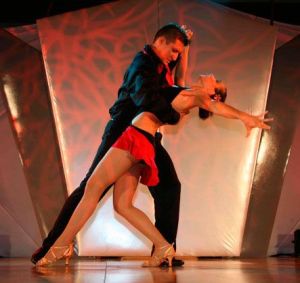 Dancing is still a big part of life outside the corporate plantation (i.e. the USA)

Then there’s even the weirdo Aleister Crowley, also running away from the Anglosphere, making his own Savage Pilgrimage. Others who fled the empty, materialistic, work-obsessed, sexless life that Americans and the Anglosphere in general take as the only way to live life include: Percey Shelley, Harry Crosby, Ernest Hemingway, Ezra Pound, and Henry Miller. All these men deserted Anglo America for more fulfilling lives abroad.

So, I am in good company it seems. Intellectual and literary references aside, I think I’ll go pour myself a drink and mosey on down to the beach to watch some scantily clad women prancing around. Who knows? I might even pick up one and go Salsa dancing, then get fucked up and then bang the shit out of her. There’s nothing quite as intoxicating as being inside a hot girl you just met.

I know this much. I now see coming back to America as coming back to a sexless prison. Some experiences in life can’t be unseen. To me, Caribbean Life in Latin America is truly the last great bastion of freedom and limitless possibilities in the world. My chapter on life in Southeast Asia is coming in the months or years ahead.