That’s It? First Impressions of Cocaine 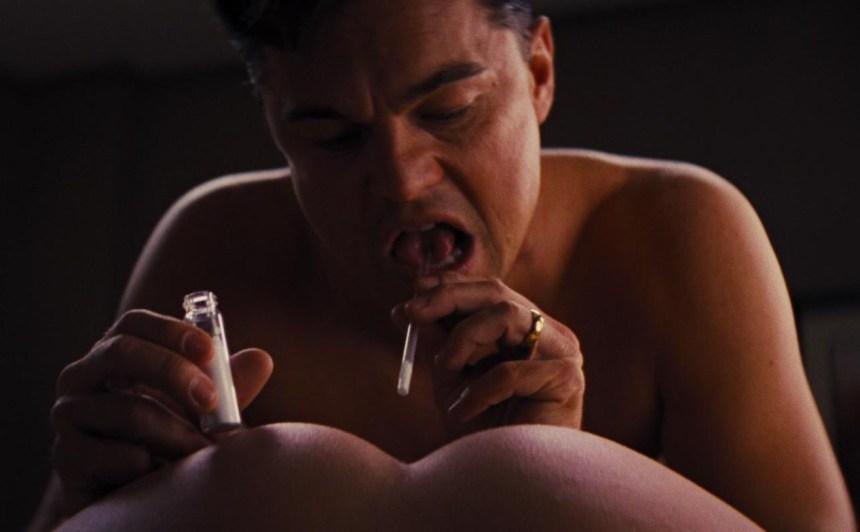 Yes, I’ve done this, except I was smiling

Before getting started, I was a “good guy” the first 30 years or so of my life. I went to school, got good grades, avoided those “bad influences” like drugs and alcohol and fast women. (Well, I still fooled around and got some in high school and during college. I wasn’t a total derelict. But I could have had a LOT more fun than I did.) I smoked marijuana once when I was 18 years old with some guys from the local fast food joint I worked at. But other than isolated incidents, my life was dull as fuck most of the time because all I ever did was work and study. There wasn’t much time for anything else for the blue collar kid from Nowheresville, USA. I wasn’t a trust fund baby, I was a Pell Grant baby. I had to be responsible while other kids didn’t. It sucks, but hey, that’s the breaks in life.

And then, after years of nothing but study and work, I broke. Long story short I got fucked by the system and said to hell with it, having been a successful on-air news personality for 15 years only to be treated badly and increasingly growing to hate the lying, duplicitous motherfuckers I worked with more by the day. Before I left America for the Caribbean, I would head to the rough parts of town on my days off and get involved with things I had denied myself my entire life, because “good guys” don’t do those things. Well, the goodness had run out of me.

I can still remember the night I was in a hotel with two girls and they offered me cocaine. I was tired of saying no all the time and tired of being afraid. So, one of the girls gave me a little bit of blow. I inhaled it. It felt great. Kinda burned a little. Made my nose stop up. Created a drip in the back of my throat. I got happy. But I distinctly remember the thought running through my mind – that’s it? People are addicted to this and go to jail for it? The government outlaws this? Why are they putting people in prison over this? I will say that combined with sex, it is one of the best experiences of my entire life. Those girls and I got it on at about 11 on a scale of 1 to 10. The inhibitions leave when somebody is high. But the fear instilled into me and the rest of the population about this drug didn’t match my experience. I immediately knew I had been scammed by the propagandists once again.

Even Sigmund Freud was fond of the White Lady. He details the experience:

Exhilaration and lasting euphoria, which in no way differs from the normal euphoria of the healthy person. You perceive an increase of self-control and possess more vitality and capacity for work. In other words, you are simply normal, and it is soon hard to believe you are under the influence of any drug. Long intensive physical work is performed without any fatigue. This result is enjoyed without any of the unpleasant after-effects that follow exhilaration brought about by alcoholic beverages. No craving for the further use of cocaine appears after the first, or even after repeated taking of the drug.

Arguments and lectures about cocaine and addiction aside, I’ve only ever used it recreationally. I think I just do not have an addictive personality. Maybe I’m lucky. Because I can pick up and throw down both tobacco and the “coca” without any desire to do it again. I write this to tell you nothing else than that the two drugs I’ve ever used – pot and cocaine – are such a non issue to me, and no worse than alcohol that I can’t believe our government imprisons the tiny minority of people – 1-3% – who regularly use it.

This was yet another area of life in which I saw our government exists solely to create problems to create profit and to take the joy out of our lives wherever it can. Whether it be booze, mild, recreational drugs, or sex, they call it vice and try to turn us all into drones. That’s my first impressions of doing things I’ve never done before, it’s like learning to actually live and be alive instead of obsessing over the things we are told are important in life, but really aren’t.

Experiences. That’s where life is at for me. That’s one man’s opinion. Take it for what it’s worth. Most nights I just have red wine or a beer. But if a man wants to take a walk on the wild side once in a while and can keep his shit under control, why are we persecuting him for it?

tagged with Cocaine, Leonardo Dicaprio, Using cocaine, What it's like to use cocaine, Wolf of Wall Street