In search of work-life balance for the average guy

I may be the only Emmy-award winning newscaster who also holds a Class A Commercial Driver’s License and speaks Spanish fluently in the United States. Hot off Big Daddy Government’s press, I just got my CDL.

Earning my CDL was one of the most difficult endeavors I have attempted in my life, far more intense than the college degree I earned that I now loathe. The three-week courses aimed at finding fresh meat for the corporate meat grinder aren’t sufficient to train a man to drive a big rig with authority.

But I held on. I suffered training pay and all the growing pains. And now I feel like I can manage an 80,000 lb driving machine.

In any case, I’m back in The Matrix until June (other than taking March off to travel internationally) to investigate the practicality of a new lifestyle design for men that would allow them to work 6 months a year while traveling abroad 6 months, enjoying libertine cultures and women who have not yet been taught to hate men.

Sure I could stay on my island and enjoy life to the fullest. But there’s a lot of life to be lived and world to be seen. And this is about much more than just me. It’s about taking a stand and showing men how to live a life of financial and sexual freedom. Women had their liberation, now it’s time for ours.

English scholar Rookh Kshatriya eloquently detailed why modern men must learn to live for themselves and their own pleasure, until the “reset” button is pressed on male-female relations in the West, and especially Anglo-America – the mother of feminism:

For normal men, Anglo-Saxon culture is an inherently flawed creation. Everything about it from the ground up is designed to exalt women and denigrate men. There is nothing male-friendly in the existing Anglosphere; it has declared war on men politically, economically, conceptually and legally. There is nothing there of interest to men at all. The situation has deteriorated beyond tinkering with minutiae or putting the clock back – only complete rejection of pan-Anglosphere civilization and all its institutions, root and branch, can now serve the enlightened man effectively.

I’ve always been one to put my money where my mouth is. Before recommending this design to other men who want to escape a hateful Anglo culture but don’t know how, I want to live the life I’m going to be recommending to other men.

I can use my mental powers for the good of my masters or for my own good. I was so shit on by the great system everybody is supposed to worship I turned on it. In many ways, I am pumping and dumping the United States economy, since it no longer serves men’s interests. 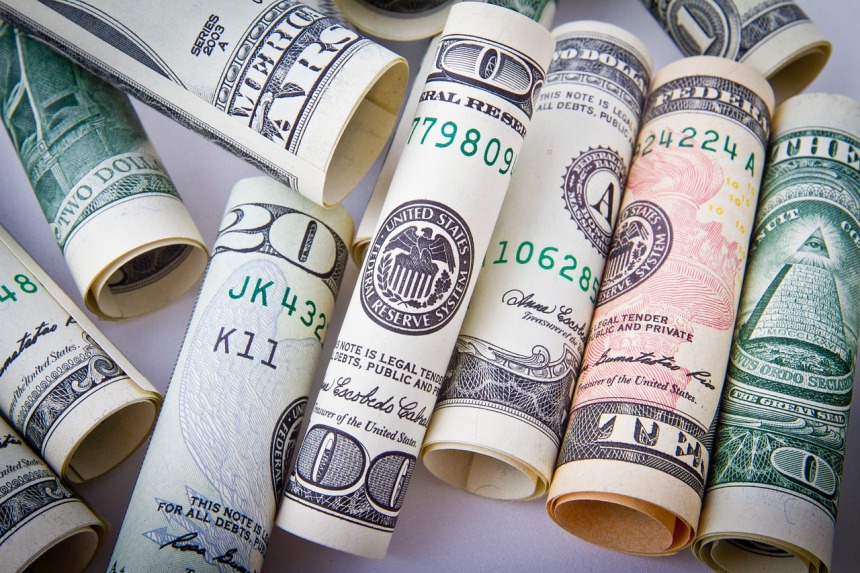 By American standards, $20,000 a year may sound like a paltry sum. But I know from experience living expenses abroad are most often $500 a month or less for a comfortable lifestyle. I’ve been living abroad in the Caribbean for nearly a year and a half, living a swinging, sexually fulfilled, dancing, drinking, happy existence with housing, food, Internet, utilities, and phone all covered by that amount.

Beyond that, anything I have leftover means its party time.

But why just $20,000? Because this is the point at which a man can both avoid paying a lot of income taxes and if he chooses, get on IBD (income-based deferment) for student loans he got ripped off on so he doesn’t have to pay them back. Moreover, $20,000 a year is enough that a man could live very well abroad on $10,000 for 6 months, invest the other $10,000 in growth stock mutual funds, and come back to The Matrix the following year to earn $20,000 more.

Don’t let anyone convince you a life of sex, drugs, and Salsa music won’t leave you fulfilled. Contrasted with the life of a run of the mill Beta male slave, it’s a fantastic way to enjoy one’s prime.

Any money you earn in the U.S. is multiplied 2x or 3x abroad

Goal 2: Travel The World the Other 6 Months

A slave never dreams to be FREE, a slave only dreams to be king of the ant hill most people spend their lives trying to climb. Stop being a slave and start living the life of a free man.

With $20,000 I will have more than enough money to travel to four continents this year. This is above and beyond visiting virtually every major American city in my big rig, enjoying everything from the Bunny Ranch to random (and free!) hookups with strippers that I use PUA techniques on. (Oh, and before the haters pile on, I dated daughters of executives, daughters of well-connected families and the like when I was a mainstream media guy back in the day. I was so horrified of the “good girls” and the slavery they expected of me by virtue of their association with me I defected and decided to live a life as a free man until the cultural situation changes.)

How does a man live an awesome life on that amount? First off, any money you make in the states can be multiplied by taking it abroad. Second, once a man purges his mind of the materialism and consumerism he has been indoctrinated with from childhood and instead chooses to live a life of minimalism, he will discover the fact his money buys freedom.

Most of the world lives on a fraction of what Americans live on. A little money extracted from here goes a long way somewhere else. Corporations aren’t the only entities that can outsource. I just consider this my way of evening the score.

Captains of sailing vessels in the past used to survey the ship before a hopeless battle. In many ways, my trek across America is my way of surveying nearly every state and every major city to make sure I haven’t missed anything when it comes to women and the Anglo cultural obsessions with shopping and eating out.

So far, in the 40+ states I’ve visited while driving and while working with the media, I’ve seen only fleeting, exceedingly rare exceptions to the poor relations between the sexes. Most of the time, women adhere to the feminist script we discuss in the manosphere.

As an example for what passes as a “date” these days, I am in and out of Utah hauling freight and recently stopped by a SWPL restaurant. I was treated to this episode going on at the table beside me. I saw one of the “good Mormon girls” thoroughly de-balling her dinner date as she talked to him in a condescending manner, as if he was a job applicant rather than a potential boyfriend or husband. I felt bad for the guy, and would have refused to pay for this woman’s dinner as I walked out the door and left her sitting there. But he paid for it, took the verbal badgering, and walked out with a defeated look on his face. Why in HELL do men put up with this? This guy is well on his way to frivorce rape by virtue of his association with this harridan.

When I dated the “high class” girls I always felt like a pawn in their stupid little games. So I learned to bypass all the ridiculous sophistry and go straight for the red (or is it pink? – heh) meat of the matter.

Beyond the personal goals of fattening my bank account, traveling the world, and surveying the ship, the core purpose of this venture is to help design a solid plan for men who want to work part time and travel part time.

Men often give up and resign to the fact they’ll always be doing someone else’s bidding rather than living a personally fulfilling lifestyle. I nearly succumbed to this myopia myself in my late 20s, before I got angry and decided to extricate myself from a system that was abusing me at any cost. The goal is to allow men to give the finger to a system that hates them and villainizes them in all its narratives.

Becoming a part-time trucker ticks a number of check marks on the lifestyle design page.

I’ve personally found this move to be much more personally rewarding than being a “TV star” ever was, as I know I’m doing this for me and I know it keeps me out of the system.

For now, that’s the latest from Relampago on the road. I’ll be in the air the second half of the year enjoying myself. This is a cause much greater than oneself. This is a project in creating a Renaissance of male freedom.