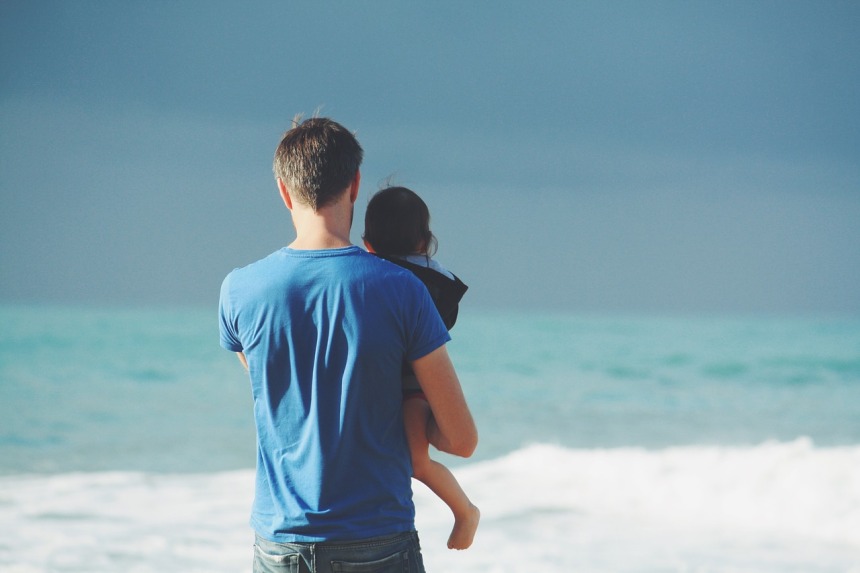 A reminder to feminists and other tyrannical females out there: It’s Happy Father’s Day, not Happy Single Mom’s Day. Not happy Child Support Check Day. And not Happy Take the Kids and Run Day.

One of the most pressing issues springing from Anglo America’s hatred of all things male is the relegation of fathers to serf status legally and culturally. It seems this culture can never punish, denigrate, and disrespect men quite enough. It mocks them in the media. It vaunts females as some sort of divine creatures while males are viewed with nothing but devilish contempt. It gives men almost no legal rights with their own children.

Here’s how things usually happen. A relationship doesn’t work out because “mom” isn’t happy for one of an infinity of petty reasons, so naturally a gynocentric legal system accommodates her flightiness with laws crafted so she can continue to cash in on dad’s labor, while estranging him from his children and turning him into a financial slave who is then unable to spend quality time with his children because the fucker is broke.

However, while mom profits from having an 18-year annuity, dad loses everything and society as a whole loses as it begins to resemble a zoo. Children with child support checks instead of dads don’t turn out as well as those who have dads, and society begins to de-civilize. We are witnessing this happen in the West before our very eyes.

One of the biggest tragedies that came with the return to pre-civilization status brought on by feminism and the divorce-industrial complex is the negative effect unchecked female power is having on the next generation. The sexual and social zoo we are now witnessing unfold in the West descended like darkness upon the land because feminism is returning humanity to an animalistic state, to use Huxley’s term.

The insanity of disenfranchising fathers continues unabated, despite the fact that a mountain of evidence has piled up confirming traditionalists’ claims that children do better with a father in their life. This benefits society more in the long run than daddy being turned into a financial slave of both mommy dearest and a lawyer/rat in a black robe, i.e. a judge. However, since the 1960s Anglo society has been moving towards, and is now close to reaching its goal of turning fathers into little more than sperm donors and check writers.

Check out these bullet points from The Father’s Rights Movement, which spell out why children need BOTH their parents. Children with fathers:

Perhaps that was the reason fathers were banished from the family in the first place by feminists, operating as useful idiots for social engineers. A society that sees all of the above problems arise as the result of banishing dads, and makes it convenient for already Predatory Females to dispose of fathers while profiting from it, is, at least temporarily a more lucrative society.

Men have to work harder than ever before to pay exorbitant child support slavery payments, running like a rat in a wheel while women are never held accountable for how the money is spent. This creates a tremendous amount of waste. Men being forced to fork over 20% to 50% of their incomes, above and beyond what the state already takes in sky high income taxes get turned into paupers, but their extracted productivity creates more mindless spending and consumption than if dad had 50/50 time with his children.

More money flows into the economy than if dad wasn’t under duress to pay a supposedly “equal” woman like the queen she isn’t. Put simply, women are consummate materialists who spend more money in the economy on their children than dads would, because men look for other, more intrinsic means of being happy outside the world of materialism and gathering things as female gatherers do.

The above bullet points also make money move in other ways.

Of course, people with unhealthy relationships are more susceptible to propaganda from the media and to manipulation by advertisers. Unhappy and unhealthy people, just sick enough to be medicated but just healthy enough to go to work are profitable for the medical-pharmaceutical complex.

So, in the end getting rid of dad is initially quite profitable for a society that seeks to create as many problems as it can with citizens’ lives to produce new revenue streams. Not to mention, one of the stated goals of world Communism (the corporate-government complex is de facto Communism) is breaking up the family so the state can mold children into passive adults who know how to do nothing but follow instructions and consume.

Men, when welcomed to the supper table of the human family are the most powerful civilizing force there is. Getting rid of dad eventually means the entire society loses, as it degenerates and eventually crumbles in his absence. It should come as no surprise to any person who has studied the rise and fall of high cultures that treating dads the way Anglo America does will lead society to a more primitive state.

Perhaps that was the goal of social engineers all along. Bring it all down, and shape the ensuing chaos into a New World Order reflecting their dreams, not ours.