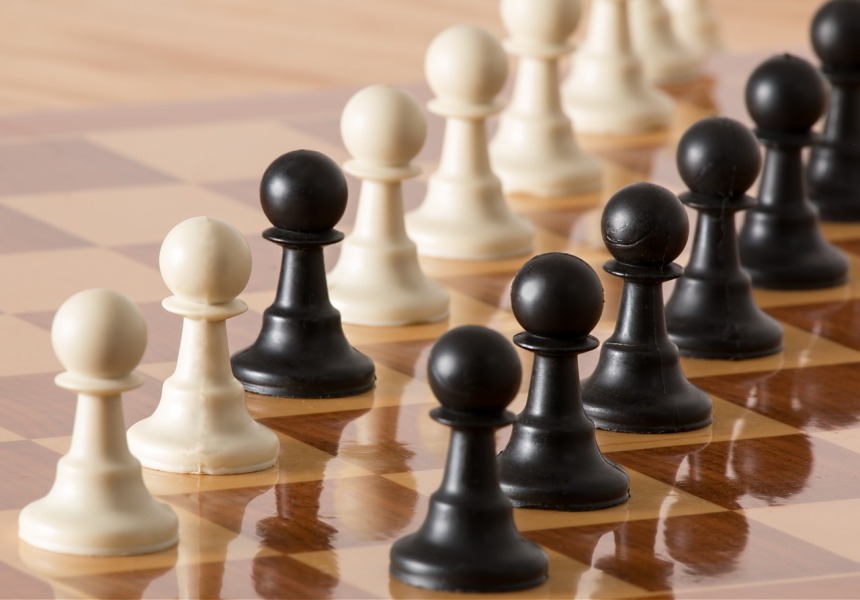 Life is a chess game, unfortunately the vast majority of men are taught to play checkers

Blogging is great, podcasts are great, books are great, and online discussion is great, but for Red Pill men to become truly successful with women and in the real world we need an educational institution to unlearn the ersatz education we receive from the edumacation system and the media. We can take the truths we elucidate in the manosphere and turn them into an “elite” form of education for men in the know.

This will be nothing short of an educational revolution.

We Red Pill men do not do well being shoehorned into the same passive grazer roles the rest of the sheeple are assimilated into by Anglo society. The truth is, the edumacation system and media are geared towards turning people into mindless, compulsive consumers who follow orders well and don’t ask inconvenient questions. It can take half a lifetime or more for men to realize they’ve been betrayed by institutions they’ve been asked to place so much trust in. By then, it’s usually to late to do anything about it beyond bowing your head and licking the boot at the office every day.

For those men who have the capacity to understand and the mental fortitude to not have a breakdown when the truly evil, Machiavellian nature of this world is thus revealed, the proper instruction can prove priceless. It can truly save a man from being turned into a chump by women and a slave by the current socioeconomic paradigm. It can, borrowing a word from the feminists, “empower” men to make better decisions about women, their careers, the way they live their lives, and their future.

It ultimately can reform the world and make it a better place to live. This was the original intent of education to begin with. But it, like so many other institutions, proper education has instead been dumbed down, sold out, and corrupted by the influence of economic and political interests. It’s guiding principles abandoned, and men left to pick up the pieces of lives destroyed by a lifetime of misdirection, half-truths, and hidden agendas.

Many of us know the unexamined life, uncritical of our masters in business and government, is not worth living. Of course, there will be resistance to a “school” of this sort being formed. We can expect to be called every name under the sun, with vitriolic attacks and roadblocks all along the way. But as author Elbert Hubbard wrote, if you want to avoid criticism, do nothing, say nothing, and be nothing. Just follow the herd into slaughter.

Living this way nearly consumed many of us before we awakened to the fact everything we had been told was a lie. We have been misdirected our entire lives. As pointed out in previous articles, we didn’t fail out of lack of talent, or intelligence, or ambition. We failed because we were given the wrong instruction book to life and placed into a system in which the only way to win is not to play by the rules, or at all. Educating men on the grim, harsh realities of a Machiavellian world is a noble aim.

Men of consciousness cannot abide as their brothers are exploited, their lives, freedom, and possibilities taken away from them by a system that hates them. Something must be done.