The “Sex Tourism” Case of Cuba Dave: Exposing the Tentacles of The Anglo-American Matrix 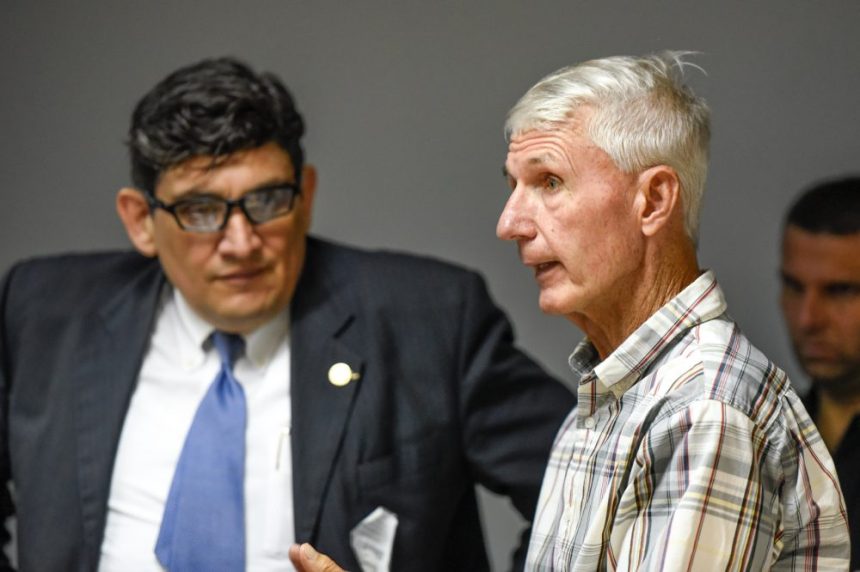 The following story is another stunning revelation of how manipulative and dangerous the shadow government of the United States really is. This is certainly a story you won’t be hearing on the Nightly  News.

The malevolent Anglo-American Matrix is grasping to keep its men – now fleeing the soulless coast to coast shopping mall and eatery for happier, more sexually fulfilled lives abroad – permanently enslaved on the sexless, joyless corporate plantation it profits from. Witness the case of Cuba Dave, a witch trial involving an American man who posted pictures and videos of himself on social media alongside working girls at LEGAL and LICENSED brothels in Costa Rica.

Latin American minions of The Anglo-American Matrix tried to turn Cuba Dave into a poster boy for a fake crime (promoting sex tourism) and a made-up narrative about sex trafficking. From Free Cuba Dave, a blog dedicated to Dave Strecker’s legal defense:

Dave was imprisoned in Costa Rica for a total of 433 days, without formal charges or trial. A public defender took over the case, and encouraged Dave to plead guilty and accept a 12 year prison term.

Dave didn’t plead guilty because he didn’t do anything wrong and his “crime” was, at best, spuriously defined. Enter the man who saved the day, and provided important legal defense in a precedent-setting case:

Having heard about the case through social media, Lic. Diego Chacón contacted Dave while in prison, and offered his legal services without payment. He convinced Dave that the evidence against him was faulty and recommended going to trial. Although the first trial court returned a guilty verdict, Diego wrote an appeal that overturned the conviction and got Dave a second trial.

The plan for a show trial backfired, as many globalist schemes are now backfiring since the cleansing truth of Realtalk has been unleashed on the Internet. Here’s what is all the more ridiculous about this case, as explained by Cuba Dave’s legal counsel:

The collective resources of a nation of 4.8 million people have been invested in tracking down, arresting and imprisoning a 65-year old man from Florida who uploaded some videos on Facebook about his vacation in Costa Rica.

The acquittal, if it sticks, is a major embarrassment for Costa Rica’s judiciary. The law, passed in February 2013, violated most international standards on free speech.

Here’s the bombshell that reveals the Anglo-American “cat’s paw” strategy: The organization that tried to make an example out of a runaway slave from the Anglo-American gynocentric plantation is connected to (and arguably funded by) the U.S. government. Specifically, the globalist Clinton family.

The Poder Judicial has confirmed that the Fundación Rahab was the organization that initiated the criminal case. Fundación Rahab has been the recipient of a number of federal grants for work with prostitutes in San José and Jacó. 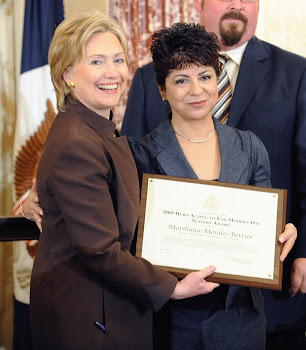 Killary Clinton, pictured alongside Mariliana Morales, frontwoman for an organization to “empower” women in Central America

A quick Google search of the YouGoGrrl organization responsible for organizing the witch trial (Fundación Rahab) reveals a telling photo. Standing alongside Marialiana Morales, the frontwoman for Fundación Rahab, an organization designed to brainwash Latin women with the same feminist lies and fantasies that have destroyed Anglo families and the culture at large, is none other than then Secretary of State Hillary Clinton grinning like the Cheshire cat.

Killary is gifting Morales with a “Heroine Against Human Trafficking” plaque, as part of the Anglo-American war on yet another imaginary narrative it’s long been trying to get the ball rolling on. TNMM has reported on the Human Trafficking farce in the past, as the American shadow government seeks to foist its prudish cultural views on sex and morality on the entire planet via yet another “enemy” invented out of whole cloth.

Make no mistake, the “human trafficking” narrative is only getting started. The ultimate victory of Cuba Dave is a huge win for freedom and free speech – and against feminism, globalism, and yet another Anglo American house of cards being carefully assembled atop a mountain of lies. But, it’s ultimately a small battle in a much wider war on the lie factory coming from deep inside the corporate-government complex. Here’s the good news:

On Friday, Dave Strecker walked out of a prison in Costa Rica, a free man, acquitted by a trial court in San Jose. When Dave was originally arrested in September of 2015, Judicial authorities issued a press release with photos of his computer and cell phone as alleged evidence. Authorities also made a video of his arrest at the Juan Santamaría airport. However, since the acquittal the Ministerio Público has remained silent.

We must celebrate the fact Dave was not burned at the stake for using fully legal sexual services provided by willing adult women, then sharing his exploits online. Here’s what Free Cuba Dave had to say about the win:

When asked about his feelings on the case, Dave thanked the supporters who donated money to help with legal fees. He regrets missing his mother’s funeral, who passed away while he was in prison. He regretted that his friend Dennis Eaton also died of cancer. Dennis collected the donations via Paypal and brought food to Dave while he was imprisoned at the San Sebestian prison.

There are many takeaway lessons from the case. First of all, social engineers deep inside the American government are trying to make sex itself taboo across the entire planet – especially pay for play. Legal prostitution destroys the stranglehold prudish women have on men, and the motivation men have to work like dogs to make themselves appealing meal tickets in hopes of getting a little nookie before being frivorce raped.

What’s more, the cabal organizing witch trials like this (most likely inside the CIA) also wants to ruin another European-derived, patriarchal culture, transforming it into the gynocentric malaise modern Anglo culture has become. They want to continue to demonize men for having functioning libidos. Worse, they’re well-funded, and well organized, as the system uses tax dollars from the very Beta males it’s trying to debase to all but neuter them.

Now that you have another revelation of the evil your government is conducting behind your back, are you ready to show up with pitchforks outside its offices yet?