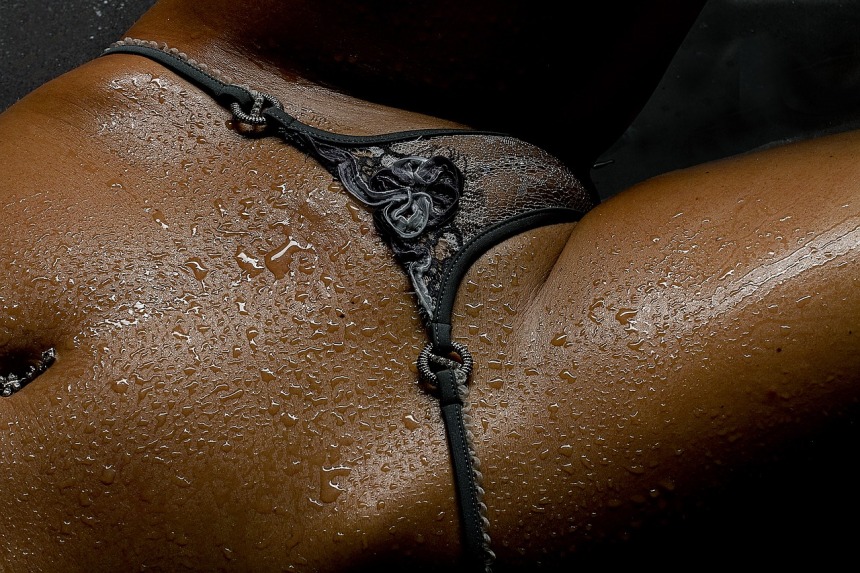 Before you stick it in, a new Orwellian sex app wants you to document her consent

In a strange combination of The Truman Show and Orwell’s novel 1984, an app called LegalFling has been developed that is supposedly designed to protect men from false rape charges in a #MeToo world. (Hegelian Dialectic at work yet again, brothers. Create a problem that largely doesn’t exist, like #MeToo which even actress Brigitte Bardot is denouncing as overblown. Then introduce tyrannical “solutions” like this app.) There’s just one catch: By using it you are letting both GlobalWorldCorp and Big Brother know notch by notch, fling by fling, detailed information about your sex life. Including whether or not you used a condom or are into BDSM. 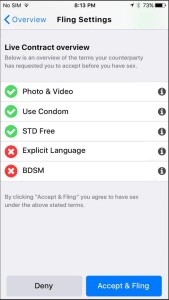 A new app wants to know who you fuck and how you fucked her – and for you to upload photos of you and your fling!

The scary part is, once Pandora’s Box is opened and apps like this are mandated by government policy (no doubt this is the ultimate goal of social engineers working for elite tyrants behind the curtains of democracy) one can envision a future in which the entirety of every sex act will be recorded to make sure princess doesn’t “withdraw consent” during the sexual escapade. You know, we have to “protect” those perfect Anglo goddesses from “evil” men out to do them wrong.

On a related note, when political hacks like Hillary say “The future is female” what they really mean is women will have almost complete legal control over male lives in the dystopian world Western machine culture is at work designing. The emerging electronic world will put government bureaucrats enforcing the dictates of feminism in our bedrooms like never before.

The sinister nature of apps like this are not stopping companies from trying to make a buck and Big Daddy Government from intruding into people’s sex lives in a truly nauseating collaboration. (Anglo America has already been stopping heterosexual P4P encounters for nearly a century with Puritanical anti-prostitution legislation. This is the next level of that intrusion.)

Now, you can (and someday, will likely be legally required to) whip out your phone before intercourse, snap a photo of you and your partner, then click which types of sex she is consenting to. Marketing flacks pushing the app put it this way:

During a fun night you meet your fling. Now it’s time to get consent. Does your fling really want to take it further? Simply open the LegalFling app, scroll to your contacts and send a request.

Of course, the app claims it offers services beyond creating a legally binding contract.

What a bargain! Instead of asking her if she likes it raw, now an app can tell you and a host of other people about her sexual preferences! How long before a government alert window tells people they can’t do this or that kind of sexual activity? Or better yet, a government lackey supervises the entire encounter remotely?

Interestingly, mainstream mierda news outlets say lawyers are reported to hate the app. Probably because they weren’t on the take when designing it.

Shine Lawyers solicitor Peter Coggins told news.com.au the app is “possibly one of the most offensive things [he has] come across”.

Coggins goes on to add:

“Consent can be withdrawn at any time, which would render any prior consent given, however documented, meaningless. This is a very bad attempt to regulate potential criminal matters with mechanisms of civil law.”

Note the femcentric nature of his commentary. Coggins’ statement points to the fact lawyers would really like to have cameras watching the entire tryst and getting kickbacks before signing off on the app.

Truly, we are entering that Brave New World set in 1984 that Huxley, Orwell, Bradbury and others tried to warn us was coming. With micromanagement of human behavior made possible by an overly litigious, paranoid society, unscrupulous social engineers and marketing flacks, combined with electronic surveillance popping up all around us one wonders how long it will be before a real catastrophe is created.

The American government has been shown to destroy everything it touches time and time again. Give a government totalitarian control of the human species, and how long before it wrecks us, sending us into extinction by meddling with primal forces of nature like sex?